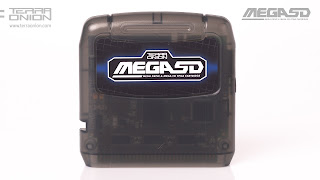 Terraonion, makers of pricey but really awesome flash devices for the Neo-Geo and TG-16/PC Engine have just released their latest device and it's VERY awesome indeed. The simply named "Mega SD" allows you to play Sega Genesis/Mega Drive, Sega/Mega CD, Master System and 32X rom files. Even more mind-bending, CD games DO NOT require the Sega CD add-on. That means if you have JUST a Genesis then you can play Sega CD games. 32X games do require a 32X unit. Also, from online reports, it seems CD emulation is broken with the 32X at the moment, so no 32X CD games yet. The "Mega SD" can be purchased from Terraonion's site Press release after the break
Read more
More posts