Showing posts from September 1, 2013
Show all

Trails In The Sky SC Announced And More!

By --Victor - September 06, 2013
Well, this was pleasant news to wake up to, XSEED Games has announced that fan-favorite "Trails in the Sky" will hit Steam and the PSN Store this winter while "Trails in the Sky SC" Will hit Steam and PSN in 2014! The PSN games will be for the PSP and Vita. Considering I am a huge fan of all things Nihon Falcom, I can't wait! Full PR after the break!
Read more

Watch Keiji Inafune Talk About Mega Man AND Mighty No. 9!

By --Victor - September 05, 2013
Fresh from the KickStarter page, a video from PAX Prime was just released with Inafune talking about his years at Capcom and Mega Man. It then leads to the reveal of Mighty No. 9 and the launching of it's KickStarter page! So, SUPPORT Mighty No. 9!
Read more

The Might No. 9 Is Funded In Less Than 2 Days (UPDATED)

You see Capcom, people have wanted a real, new Mega Man game. After only 2 days, Keiji Inafune's The Mighty No. 9 is at $910,000, which is above it's funding goal! Next up are stretch goals for Xbox 360, PlayStation 3 and Wii U ports! Support The Mighty No . 9 Update!!! Well, we now get to battle Might No.1-8 as 1 stretch goal was met. Also, Mac and Linux gamers can get in on the fun! Update #2 Mighty No. 9 has passed the $1.5 million mark!!! That means we now get New Game+ and Turbo Modes!!! $2.2 million is now the mark for console ports as the stretch goals have been moved around. Curious what the ?|??? will net supporters? I know I am!
Read more

November 22 Is The Day Microsft Launches The Xbox One!

By --Victor - September 04, 2013
One week after the PS4 launch is when the Xbox One gets released, which means I have until then to sell a kidney to pick up Crimson Dragon!
Read more

By --Victor - September 03, 2013
Shinichiro Watanabe, Bones and Bandai Visual just posted a teaser for Watanabe's new series, Space Dandy. Despite the strange name, by US standards, It seems like a hyper stylized, sci-fi series releasing next year...
Read more

By --Victor - September 02, 2013
Well, this was truly unexpected. For a total of 5.4 BILLION Euro, Microsoft now owns Nokia's hardware and services divisions and paying to use Nokia's patents. While I do generally like Microsoft as a whole, when a company buys another like this it tends to stifle innovation and originality. Let's hope that doesn't happen here.
Read more

By --Victor - September 01, 2013
Did you not pick up the Street Fighter 25th Anniversary Box? Then may Akuma Raging Demon you! At least now you can watch the "I am Street Fighter" Documentary thanks to Capcom!
Read more

Support The Mighty No 9! 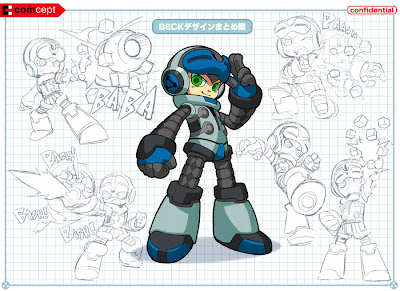 Keiji Inafune, the father of Maga Man and many other Capcom classics has taken to Kickstarter for his next project, The Mighty No. 9! What is awesome about this is that it looks like a spiritual successor to Mega Man. After a day, they are past the 50% mark of their $900000 goal, so it looks as if this is happening! So head over to The Mighty No. 9's KickStarter Page
Read more
More posts