Arnold is back for another Conan! 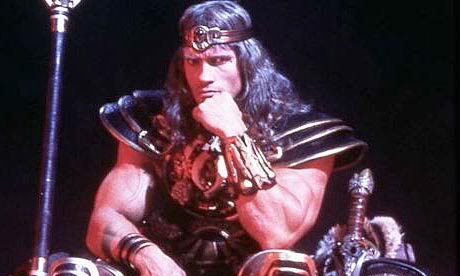 Greetings Geeks! You heard it right. Arnold Schwarzenegger is returning to Hyboria! Deadline is reporting that Arnold is reprising his role as the Cimmerian warrior in The Legend of Conan . Details are minimal right now but what we've heard is that Legend will ignore the events of Conan the Destroyer and of the Jason Momoa Conan reboot. “The original ended with Arnold on the throne as a seasoned warrior, and this is the take of the film we will make,” producer Frederik Malmberg tells the site about where The Legend of Conan picks up. “It’s that Nordic Viking mythic guy who has played the role of king, warrior, soldier and mercenary, and who has bedded more women than anyone, nearing the last cycle of his life. He knows he’ll be going to Valhalla, and wants to go out with a good battle.” Malmberg and Chris Morgan are attached to produce The Legend of Conan. Morgan has already plotted the story himself and may also provide the screenplay, aiming for a summer 2014 release.
Read more

By --Victor - October 24, 2012
Well, this info has been floating around game sites and Sony is probably in panic mode. With the lvl0 keys released, all PS3s on the market have just become fair game. What does this mean? We're talking PSP level hacking here. Custom firmwares, hacks, homebrew apps, and what Sony fears, piracy. Granted, Sony may be able to detect and block systems from PSN, but it may be impossible to block custom firmware. What do you guys think? Is this a win for the little guy or going a bit too far? I will admit thatI have a hacked PSP, but own every game that I have on it. I see the potential awesomeness, but the downside as well.
Read more

Yes, Street Fighter X Tekken was released today for the PlayStation Vita! Along with the ability to unlock the 12 additional characters that are hiding on your PS3 disk, you can fight against PS3 opponents! How awesome is that! Buy it at Amazon
Read more

OK, you got me, it started shipping last week! No idea how I missed this, but now I'm going to have to go check it out! Do yourself a favor and check it out as well! Buy Mugen Souls at Amazon
Read more 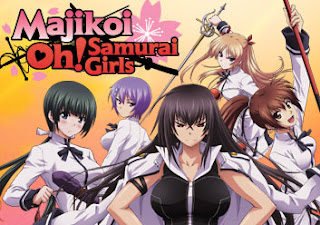 Atlus released a new trailer for Persona 4 Golden which is released next month for the PlayStation Vita! Too many RPG's, not enough time!! Watch it after the jump!
Read more

Yes, you read that right! A new PSP game, and by proxy for the Vita, will be released this February! With that, NIS America has released a new trailer for the game. I'm pretty excited for the chance to play a good portable RPG, despite needing more time in a day to fully enjoy them! Watch it after the jump!
Read more

Greetings Geeks, Big news from the boys at Apple today. All kinds of new goodness from Cupertino! Another new iPad (Didn't we just get one of these?), A new iMac,  A new MacBook Pro, and of course the new iPad Mini! Am I the only one who is underwhelmed by the iPad Mini? I don't know. I guess it's because I already have a Nexus 7 (and am a self confessed Google-Whore) but quite frankly the iPad Mini leaves me thoroughly unimpressed. The new iMac however...damn sexy. Engadget says: Apple teased that it had "a little more to show" us prior to today's San Francisco event, but it's clear now that the phrasing was humble at best. Not only has the much-anticipated, rumored and leaked 7.9-inch iPad mini been officially revealed, but so has a smattering of new and refreshed offerings across its range of gizmos. The standard iPad is seeing its fastest refresh yet (about six months) to a Lighting port and A6X-packing fourth-generation model, and the iMac h
Read more

Well here it is! The first trailer for Marvel's Iron Man 3 and all I can say is "Daaaaaaayuuummmm."
Read more 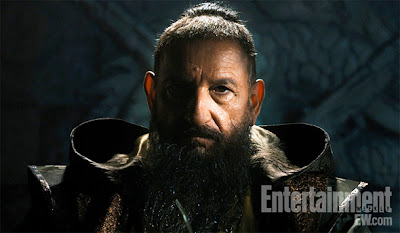 And the Iron Man 3 news keeps coming. Here is a look at the Mandarin played by the epic Sir Ben Kingsley!
Read more