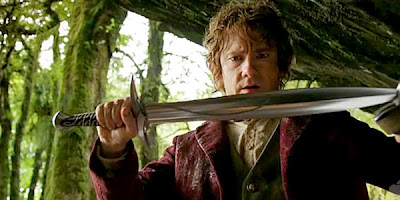 Here it is! The first official trailer for The Hobbit!
Read more 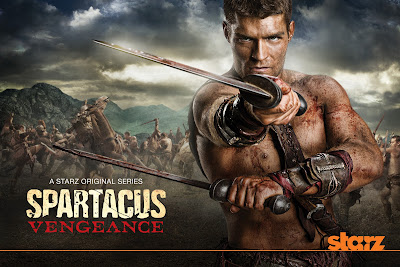 On the heels of the bloody escape from the House of Batiatus that concluded “Spartacus: Blood and Sand,” the gladiator rebellion continues and begins to strike fear into the heart of the Roman Republic in “Spartacus: Vengeance.” Gaius Claudius Glaber and his Roman troops are sent to Capua to crush the growing band of freed slaves that Spartacus leads before it can inflict further damage.  Spartacus is presented the choice of satisfying his personal need for vengeance against the man that condemned his wife to slavery and eventual death, or making the larger sacrifices necessary to keep his budding army from breaking apart.  Containing all of the blood-soaked action, exotic sexuality, and villainy and heroism that has come to distinguish the series, the tale of Spartacus resumes in epic fashion. “Spartacus: Vengeance” will premiere on STARZ Friday, January 27th at 10pm ET.
Read more

The digital world just got sweeter (and a little more sour) with the release of World Gone Sour™ on the PC today. Based on the popular Sour Then Sweet® candy Sour Patch Kids®, the game will take players on a journey from the perspective of a lost piece of candy finding its way to its ultimate destination – the human stomach. Full Press Release and Gameplay footage after the jump.
Read more

Wrath of the Titans Trailer

Here is the new trailer for the sequel to Clash of the Titans. I wasn't a huge fan of the last one. My childhood held on to closely to the memories of the original I guess. Though I have to admit...this sequel does look pretty bad@$$.
Read more

By Rick Vale - December 19, 2011
I know this is already making the rounds but what kind of Geek site would we be if we didn't post the trailer for The Dark Knight Rises. Special thanks to ComingSoon.net for the Embed.
Read more
More posts