Showing posts from September 8, 2013
Show all

Batman Plays Better On A PC!

By --Victor - September 13, 2013
As you can see in the above video, Batman Arkham Origins, like the previous 2 games, looks significantly better on a PC than the PS3 or Xbox 360. I have only played about 20 minutes worth of the previous games on a console combined, and this will be no different. Between higher resolutions, AA, tessellation and Phys-X, why does ANYONE want to play these games on a console?
Read more 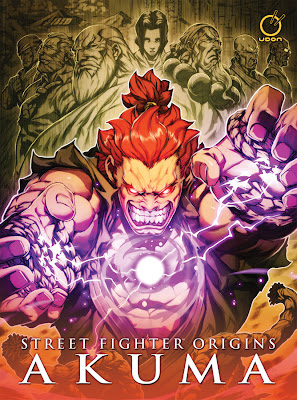 Udon is celebrating its 10th anniversary with its 150th published book, Street Fighter Origins: AKUMA! We picked up the hardcover variant at the San Diego Comic Con last July, and it's a work of freaking art! Granted, I am an Akuma fan! Read the full press release after the break!
Read more

Synology Announces The Release Of The RS214

Need a 1U rack mounted NAS, but don't need too many hard drives creating a ton of noise and heat? Synology has got you covered with their latest, the RS214! Aimed at small "creative" businesses, the RS214 is a 2 bay, hot swappable, rack mountable and nicely priced NAS that fits the bill. Running specs similar to the DS213J, you'll get: - 1.2 GHz with FPU - 512MB of DDR3 RAM - 2 Gigabit NICs - 2 USB 3.0, and 2 USB 2.0 ports All running on Synology's GREAT DSM software platform! Read the full press release after the jump!
Read more

By --Victor - September 09, 2013
We had a chance to play this at the GameStop Expo last month and it was pretty fun and different than most other games, which is something NIS America specializes in! God has never had it so rough! Meet Renya, who happened to become God through a lottery. And then, his self-proclaimed personal angel named Lilliel took him to Celestia right away. Together, they will tackle countless randomly-generated dungeons in this story-driven rogue-like RPG in order to guide the fate of all mankind to a revolution! Featuring the beautiful artwork of Noizi Ito — the illustrator behind The Melancholy of Haruhi Suzumiya and Shakugan No Shana — this game is sure to bless you with a rapturous roguelike experience with HD sprites!
Read more

By --Victor - September 09, 2013
PlayStation Japan posted this video after its press conference. Besides Showing Axl and I-No for the first time, it also confirms a PS3 and PS4 version! We'll have to wait for TGS probably to see if the Xbox 360 and Xbox One get the same kind of love.
Read more

By Unknown - September 09, 2013
Hiya Dudes! Frankie here, and I got a chance to check out Wish You Were Here. Here are my thoughts.
Read more

By --Victor - September 09, 2013
THE US GETS A SONY SYSTEM BEFORE JAPAN!!!!! February 22, 2014 is the Japan Launch Date. PS4 1st Limited Pack. System, dl code for  Knack, and 1 year extended warranty for the same price as the base system alone. Sony Worldwide Studios will release 4 Disc and 4 Digital titles by spring. Large lead in for Knack, one of the 8 titles.
Read more

By --Victor - September 08, 2013
A video montage was shown including : Armored Core Verdict Day, Rain, GTAV, Tales of Symphonia, Beyond Two Souls, BlazBlue Chronophantasma, Book of Spells, Rocksmith 2014, Unknown strategy rpg, Monster Hunter, Lightning Returns, Super Robot Wars OG Infinite battle, The Walking Dead, Batman Arkham Origins, Drag on dragoon 3, Ace Combat Infinity, Sengoku Basara 4, J-Stars VS, Dark Souls 2. A Gran Turismo 6 overview was shown. New engine, new maps, and community features from PS3, Smartphones, tablets and more. Vision GanTurismo, new concept cars from auto makers and other companies like Nike is a 15 anniversary project. No idea if these videos for GT6 are real-time or pre-rendered, but they look freaking AMAZING! If they are real-time, then why bother with a PS4? J-Stars VS has me VERY interested. Ichigo from Bleach was shown onscreen with Goku from DBZ!!
Read more

By --Victor - September 08, 2013
Collaborative Series Games Gundam Breaker, God Eater 2 and limited edition version that includes the new model Vita, Soul Sacrifice Delta,  Phantasy Star Nova (an OFFLINE or online game that takes place in the same world as Phantasy Star Online 2). School Idol Paradise (3 Volumes), A New Dynasty Warriors game, an unknown 8/16 bit lloking game from 505games, a sports game, DanganRonpa standard and LE editions, as well multiple LE editions. Final Fantasy X and X2 LE editions with Vita to be announced soon. New games added to Vita Instant Games Collection, including Miku Miku Hockey. If you want a 3G Vita, the older model will still be made available in a new play pack with games installed on a memory card. A lineup of titles were shown including the ones mentioned above. Translators seemed to have struggled with some of the titles.
Read more

By --Victor - September 08, 2013
A new, slightly thinner and lighter model will hit stores in Japan next month. What else is new you ask? it now comes in 6 colors, includes 1GB of built in storage and can be charged using Micro USB which replaces the current port on the system! Also, a 64GB card will be released soon as well!!! About time if you ask me!
Read more

By --Victor - September 08, 2013
Live streaming video by Ustream This is the English stream. At the moment we have ZERO clue what will be talked about.
Read more
More posts