The digital world just got sweeter (and a little more sour) with the release of World Gone Sour™ on the PC today. Based on the popular Sour Then Sweet® candy Sour Patch Kids®, the game will take players on a journey from the perspective of a lost piece of candy finding its way to its ultimate destination – the human stomach.

Full Press Release and Gameplay footage after the jump.

Gamers will take on the role of a miniature Sour Patch Kid in a stylized human-sized world, guiding the hero through the sticky floors of a movie theater, across the counter of a concession stand, and other unique and oversized environments. Joining forces with fellow lost Sour Patch Kids, players will use a combination of jumps, twists and puzzle-solving to negotiate and overcome larger-than-life obstacles. Along the way, they will battle unusual candy enemies, escape from deranged humans, and face-off against bizarre creatures including one very angry wad of sticky chewing gum. 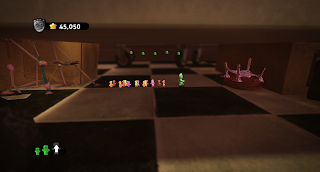 In addition, the game will feature the recently released “World Gone Sour (The Lost Kids)” track from Grammy award-winning hip-hop artist Method Man. The journey of the Sour Patch Kids will include additional star personality with cheeky narrations by actor Creed Bratton (“The Office”), who will provide snack-sized quips and tidbits throughout the game. 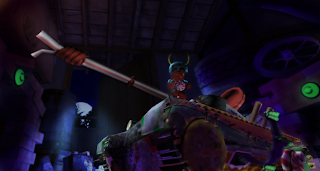 The PC game is now available to download for $4.99 at various online distributors. The console version will release this spring on PlayStation®Network for $4.99 and on Xbox LIVE Arcade for 400 Microsoft Points. It will include support for global leader boards, as well as Microsoft Achievements and PlayStation® trophies.