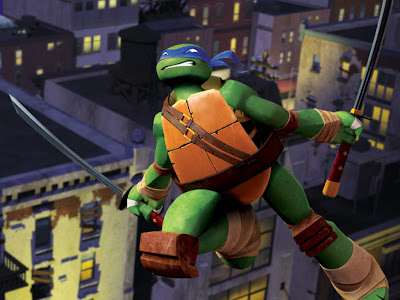 First off, in case you didn't know, The Teenage Mutant Ninja Turtles are the love project of Kevin Eastman and Peter Laird. They were realized in their kitchen in 1984...and the rest is history? Well, not really. The TMNT have had a rollercoaster ride of success over the past almost 30 years. Most recently, the rights to the TMNT have been sold off to kids network mongoloid Nickelodeon. What is the end result? A new series with some high ranked Hollywood names that actually delivers on several levels. The new series picks up on the Turtles 15th Birthday. Leonardo, Donatello, Raphael and Michelangelo celebrate and ask permission to go to the surface for the first time. Producer Ciro Nieli has chosen to go with the cartoon origin. Having Hamato Yoshi actually become Splinter as opposed to the comic books where Splinter was Hamato's pet. I'm impartial to this. Purists might want to rant. But who cares. It's all good. 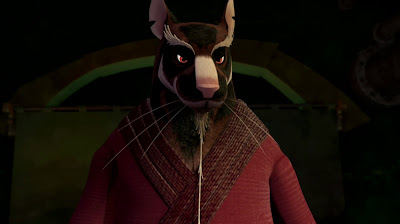 All the usual beats are there. The pizza love. The mad ninja skills. The wacky antics. Everything that made most of you fall in love with the Turtles in the first place. What I like the most is that this feels more like a prequel at times. It feels like this is going to lead up to the epic 2007 TMNT movie from Imagi Entertainment. It's my delusion, so deal with it. 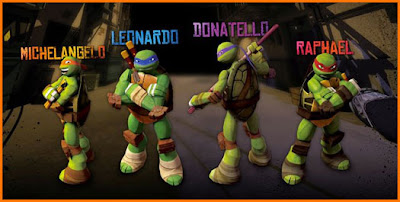 The turtles are played by some very talented artists who bring a lot to the roles. Jason Biggs of American Pie fame plays Leonardo. Having met Jason Biggs at Comic Con, I was curious how Ciro Nieli would be able to reign in Jason's boisterous personality to pull off the straight laced Leonardo. Ciro assured me that I would be pleasantly surprised at how well Jason did and I have to say, that I was. Leo has always been my favorite turtle so I felt particularly concerned about this. So Jason, if you are reading this, You've done a great job, man! 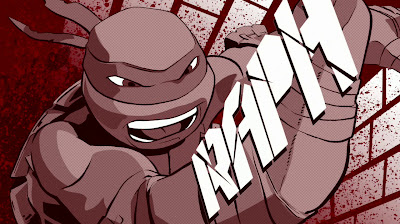 Raphael is played by the infamous Sean Astin. If you don't know who Sean is, then you may need to re-evaluate your status as a Geek. Sean gives a great performance as Raphael. All the usual Raph beats are there. The attitude. The sibling rivalry with Leonardo. Sean delivers one of the best Raph performances in Turtles history. Truly great stuff. And just wait until you meet his pet. Fan's of the old series will get a huge kick out of it. 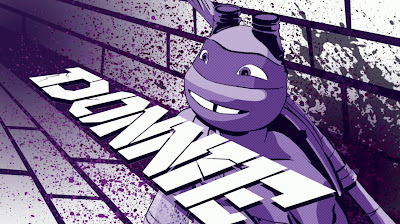 Donatello is played by Rob Paulson. One of the most talented voice over artists in America. Rob has worked in just about everything worth mentioning over the past 30 years including the original Teenage Mutant Ninja Turtles cartoon series from the 80's. Rob played Raphael in the original series. One of my favorite Rob roles was that of Gwizdo in the French made feature length animated film Dragon Hunters. Rob's Donatello is cute and charming. Donnie has a secret crush on a certain female in the show and it's just so nice to see something more from Donnie than the usual gadget tinkering madman that we all remember. 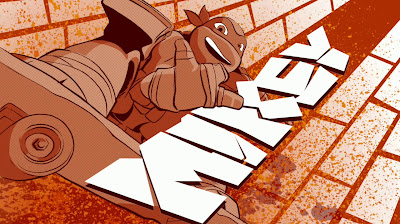 And what would a Turtles series be without a brilliant Michelangelo? Greg Cipes is a young Florida boy (represent!) who's probably best known for his role as Kevin Levin from Ben 10. Having never watched Ben 10, Greg was an unknown to me and I've got to say that he surprised me the most. Greg's Michelangelo is a wonderful, funny, childish portrayal that speaks volumes to Mikey's naiveté and innocence. 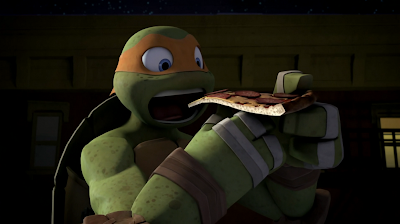 It's that innocence that resonates with me the most. A lot of people will write it off as Mikey being stupid. But really it's that Mikey is discovering the world for the first time. When he first tries Pizza, I literally LOLed for a few minutes. It's that much fun. He want's to be loved and to play. To see all of this from Mikey's innocent eyes is really great stuff. I look forward to staying with this series if not solely because Greg's Mikey is so good. 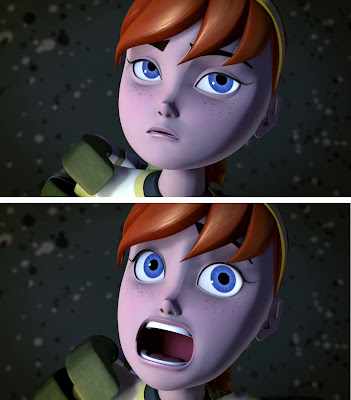 April O'Neil has been de-aged a bit. Played by the always delightful Mae Whitman. She is now the young daughter of a scientist who is captured by the Krang aliens. Yes, those Krang aliens. Belly suits and all. If there is one thing about this series that is annoying, it might be the way the Krang aliens speak. I find it more humorous than irritating, though I could see how it might get old fast. But i digress. Back to April. She's not heavily featured in the first few episodes. This is a decision that I like. This show is about the Turtles and it's a good time for us to reintroduce ourselves to them. What I've seen of April so far has been good and I'm hopeful that she doesn't become just another damsel in distress. 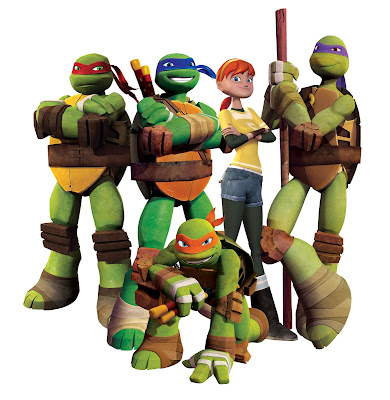 Stylistically the TMNT have a new look. Injected with an angular look that actually lends itself well to the 3D Animated format. Now rocking a couple extra toes, some bandages and sporting a wider variety of weapons. Donnie now has a Naginata to accompany his famed Bo Staff. Mikey's Nunchaku can pop a blade to become Kusarigama. And Leonardo is also sporting some straight up ninja style Kunai. Their individual physicality is something that I love. Each Turtle has a different, height, weight, build, facial features and eye color. It leads to four visually distinct characters as opposed to four clones with different colored masks and weapons. 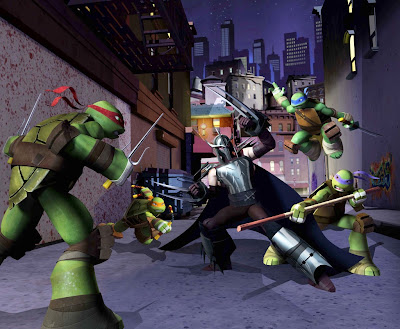 The action is good. Real good. The martial arts on display is fast moving and high impact. I of course am waiting to see how utterly useless the bladed weapons will become on anything other than a robot or a monster. We can't have peoples limbs getting severed on Nickelodeon now can we? Never-the-less, the TMNT bring the action in all the ways I hoped they would. 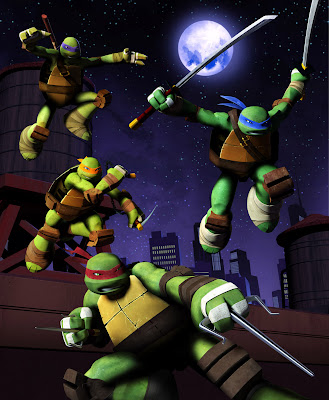 After sitting through the rule of three for this series I can honestly say that I am hooked. Ciro brings the fun and playfulness he injected into Teen Titans and puts a shell on it. TMNT has plenty of nods to everything that has come before it yet manages to feel like something totally new at the same time. Overall Teenage Mutant Ninja Turtles is a new take on a classic franchise that delivers fun, excitement and action in spades!