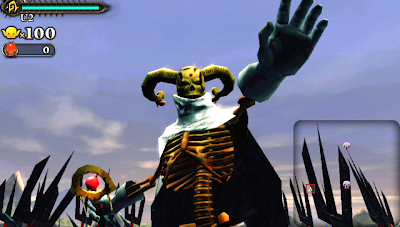 More info  and screenshots after the break

Defeated in battle, the King of Hell is stripped of his powers and banished from his throne. Burned to a meager corpse, the dethroned king uses the last of his strength to take command of a corps of weak-minded goblins. He commands this ragtag army of bloodthirsty goblins as he fights through hell to reclaim his throne, destroying his enemies and looting their corpses for equipment along the way.

-   Command massive goblin armies - Annihilate your enemies by controlling an army of 100 goblin soldiers with assorted classes and abilities. Restore the King of Hell's control, empower his army to take on all comers, and reclaim his place as the ruler of the underworld!

-   Unleash the PS Vita system! - Use the rear touch pad to command your goblins to play instruments, each activating special properties. Revive your hero, rejuvenate your soldiers and inspire your army to increase their strength! Skillful play will be rewarded with significant benefits and a greater edge against the demon horde.

-   Reap the spoils of war to outfit your corps - Combine materials dropped by fallen foes to create new equipment for your troops. Customize your corps's equipment and items to change the look and upgrade the abilities of your goblin soldiers.

-   Team up with friends and increase the challenge - Play with up to four players via ad-hoc multiplayer and face tougher bosses to acquire rare items! 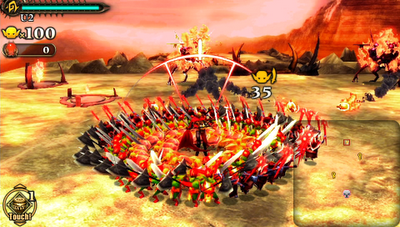 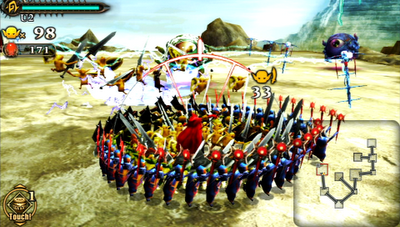 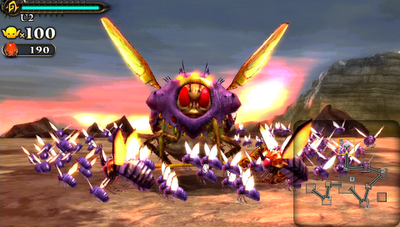 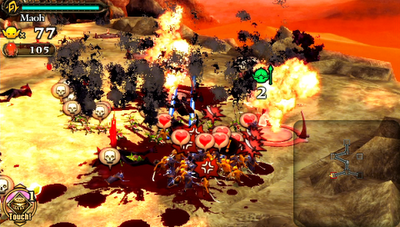 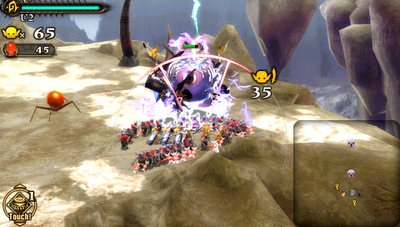 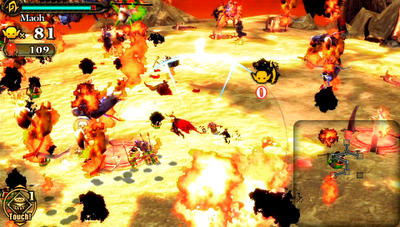