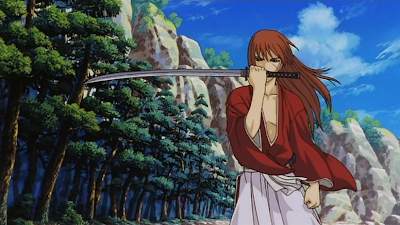 In a press release from Niconico and Aniplex, it was announced that a FREE live streaming event will be taking place on Saturday, December 17th at 8:00am PST.

Rurouni Kenshin - Reflection will be streaming free on Nicovideo.jp.

Full press release after the jump...

TOKYO, JAPAN (November 25, 2011) -- niwango Inc., known for its "Nico Nico Douga (Niconico)"  video sharing website (www.nicovideo.jp), and Aniplex Inc. have jointly announced today that they will host a live-screening of the OVA  "Rurouni Kenshin -Reflection" subtitled in English for free on the Niconico Live-Streaming channel on Saturday, December 17th at 1:00am Japan local time.

Earlier this year, the Niconico Live-Streaming channel also hosted a screening of the OVA "Rurouni Kenshin -Trust & Betrayal", there were approximately 122,000 viewers and over 131,000 live-comments (grand total of all countries).

In addition to the "Reflection" live-screening event, the brand new Rurouni Kenshin series titled the "New Kyoto Saga" Part 1 will premiere on December 17th in theaters in both Tokyo and Osaka exclusively for one week.

"Reflection" will be streamed with Japanese dialogue and English subtitles in Japan, the US and Canada.

■Story of "Rurouni Kenshin -Reflection-"
Kenshin's history of death and destruction has left him known throughout all of Japan as the sword-bearing master assassin. Seeking retribution for his past, Kenshin wanders further away to a place he can call home. Although creating a time of peace through his actions, Kenshin continues to distance himself from the ones he loves. Kenshin's wife, Kaoru, anxiously waits for the moment of his return. Will Kenshin ever return to his wife before she passes away from waiting?

What is niconico?
Niconico is one of the largest video-sharing websites with roughly 23 million registered members and 1.4 million paid members in Japan. In this site, users are allowed to share their feelings by writing comments onto uploaded videos being played.
As for its live streaming service, users can communicate with not only other users, but also performers or audiences appearing on live videos by writing comments in real time.
【Japanese】http://www.nicovideo.jp/ 【English】http://www.niconico.com/