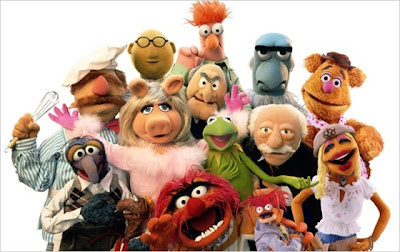 “Who are The Muppets?” This is a question that I have been asked countless times when I dare to mention some of my favorite childhood characters; Miss Piggy, Animal, Kermit the Frog, etc… Thanks to a 12 year absence from the big screen, most of the new generation is more likely to remember SpongeBob or a Pixar character than the likes of Kermit. The real question is, can a movie that reintroduces these lovable Muppets be accepted and embraced by a newer generation?

Read the rest of the review after the jump.


My answer is YES. The world has moved on and gotten harder and more cynical without The Muppets. Their return is cause for celebration, even if the Henson family and Frank Oz aren't involved. 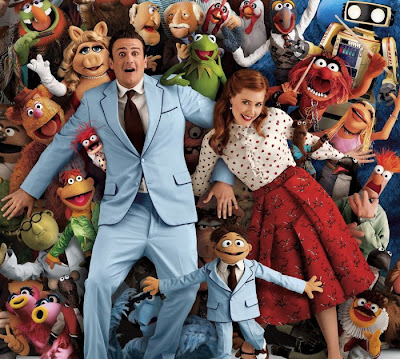 In the new, The Muppets (2011), Gary (Jason Segel), Mary (Amy Adams), and Walter (Peter Linz), Gary’s Muppet brother and Muppet enthusiast, take their spring break vacation in LA and take a tour of the once great Muppet Studio. Walter happens to hear that oil tycoon Tex Richman (played by Chris Cooper) wants to buy The Muppet Studio for the oil underneath. So to save the studio Gary, Mary, and Walter must round up The Muppets, who are scattered across the globe, to stage the greatest Muppet telethon ever in hopes to save their beloved studio.

The Muppets have always dealt with the themes of friendship, loyalty, and love. The Muppets isn’t a reboot, it’s a reintroduction. It’s been a while since we’ve seen The Muppets grace the big screen and while much of the older generation may be able to identify with the fuzzy characters, the younger generation may not be able to. The Muppets even acknowledge that in the movie, straight up making fun of the fact that they have been absent for a little over a decade.

Jason Segel plays a milder and more child-friendly version of the raunchy characters we might see in his films and Amy Adams has made a return to belting out songs and being a lovable female lead. Unfortunately, it’s Chris Cooper who we hardly see. While Cooper establishes himself as the villain, we don’t get to see him do enough villainous stuff, besides rapping (which I will admit was entertaining and creepy all at the same time) and trying to stop the Muppets. Let’s not forget the reluctant host, Jack Black, for basically playing himself in the film. 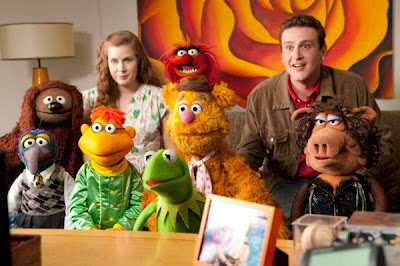 The Muppet movie is more than just an enjoyable film, it’s a comedy spectacle that cannot be missed. The new Muppet movie may awaken any latent memories we had of our favorite characters, but I am not sure it will grab the attention of the younger children just from the movie. If they were to bring back The Muppet Show, or the cartoon Muppet Babies, that may create a whole new generation of Jim Henson fans. Still, the new movie is definitely a great start.