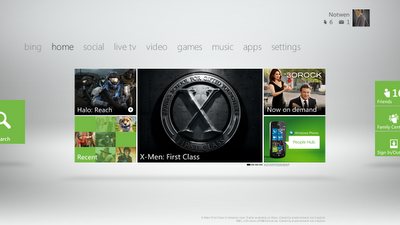 For those of you that have not been able to receive this update as part of the preview program earlier this month your wait is almost over. XBOX's Larry Hryb, also known as Major Nelson, posted today that the heavily anticipated update will land on December 6. This adds Microsoft's Metro UI to the system, which is currently used on Windows Phone 7 devices and as part of Microsoft's next flagship OS, Windows 8. I have played with Metro across all 3 platforms, and currently enjoy it on the Xbox 360 the most.