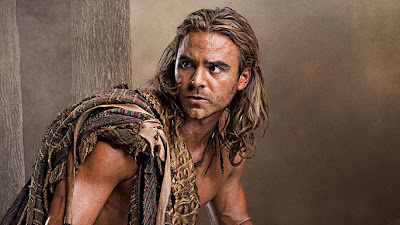 For Spartacus Week Day 2 we have an interview with Dustin Clare, better known as Gannicus!

Read and Watch after the jump!


Gannicus is the former champion of Capua in the time before Spartacus, whose freedom was earned not by rebellion but by victory in the arena. Though free, he has been shorn of the gladiatorial glory that was once his and is now a rogue wanderer haunted by the guilt he feels for betraying his best friend Oenomaus and the death of Melitta. Gannicus seeks to atone for his mistakes but betrayals are not easily forgiven in the midst of rebellion and vengeance.