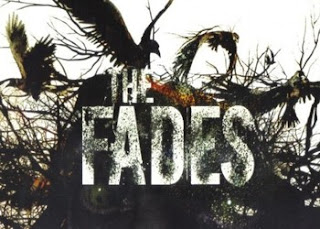 The Fades is an imaginative Thriller that makes you think about what would happen in the afterlife. Would you ascend to heaven or would you be trapped on earth? Would it matter if you were good or evil? To quote character Neil: “Death is random, same as life is.” 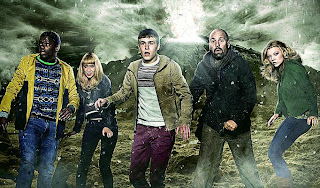 A teenage boy named Paul is haunted by apocalyptic dreams that nobody can explain. As if that weren't terrifying enough, he begins to see spirits of the dead, known as The Fades. The Fades can't be seen, smelt, heard or touched by other humans. Only a special few like Paul – called Angelics – can see them. But, when a bitter and vengeful Fade finds a way to be human again, it's up to Paul and the Angelics to stop him and the rest of the dead from breaking back into the world and destroying the human race.

As all first episodes do, it started out a bit slow and confusing but it gets way better. If you’ve read my reviews you know I love twist and turns and this show has a lot of them.
What just happened?
Who is that?
What the hell?
All questions I have asked while watching this show. I’m not ashamed to say that after watching this show, I’ve looked over my shoulder and said sorry to any ghost I might have walked though.