Review - The Secret World of Arrietty 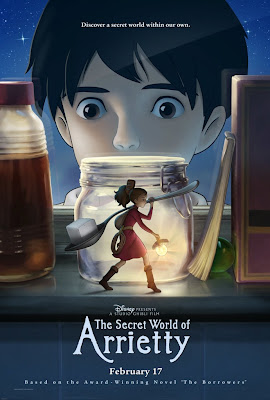 The Secret World of Arrietty is the story of a little girl...REALLY little.

Arrietty is the latest masterpiece from Studio Ghibli. The film is based on the book “The Borrowers” by Mary Norton. I never read the book, so if you’re looking for detail rants on how this film fails in comparison to the book, then stop reading and find another review. The best I can compare this to it “The Littles” cartoon from the 80’s. And trust me...there is NO comparison.

Read my full review after the jump. 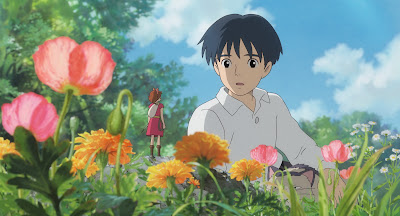 Written by Hayao Miyazaki and Directed by Hiromasa Yonebayashi. The film starts with Shawn (Sho in the UK and Japanese release). A little boy who is moving to the country-side to await a medical procedure that may save his life. At the same time little Arrietty has turned 14 and is ready to go on her first Borrowing. 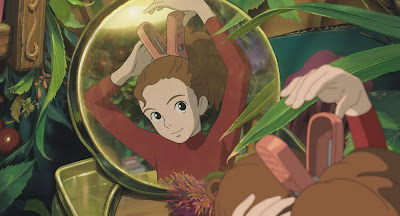 Borrowers are little people, no more than a few inches tall, who live under the floorboards of homes. They are called Borrowers because they sneak into your home at night and “borrow” things that nobody will miss. Things like cubes of sugar, cooking ingredients, cloth, needles, etc. It’s been a long time for Arrietty’s family in their current home and the three of them are starting to wonder if they are the last of their kind.

Whilst on her first Borrowing, Arrietty is seen by Shawn and her family must weigh whether or not to move on or risk being hunted. All the while, Shawn’s nurse maid/housekeeper, the treacherous Hara (Haru for the rest of the world), looks to capture them or worse...exterminate them. 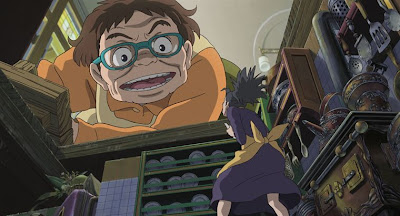 The film’s animation is stellar. Studio Ghibli does an amazing job transporting you to this world where little people exist. The detail in every shot and every frame is some of the best work from them yet. I have to give a special nod to the Background artists. No animated film would be complete without them and this group really went all out. Having to draw backgrounds from both the Borrower’s and the Human’s perspectives. Again, Gorgeous. 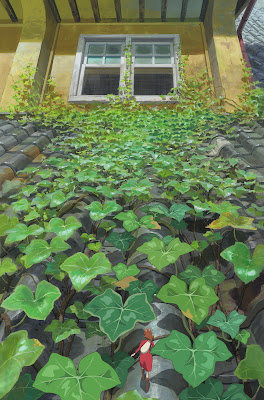 The characters are brilliantly played by their respective casts. Disney always does a good job with their dubs. Thanks in no small part to John Lasseter’s tremendous love for Miyazaki and his work.

Special credit must also be given to the sound work in this film. Have you ever imagined what our full scale world would sound like to someone who is only a few inches tall? You’ll find out as every creak, squeak and thud of the Human world carries heavy resonance in our young, tiny, heroine’s ears. 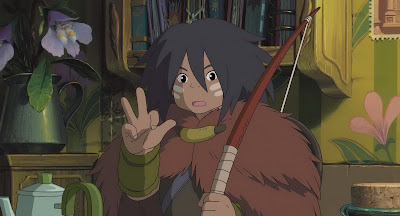 The Secret World of Arrietty is a beautiful film with a great soundtrack by Cécile Corbel that is light and uplifting in all the right places. If Ponyo left a bad taste in your mouth (As it did with me) then never fear, Studio Ghibli has delivered another treasure to their fans and it is a film that is not to be missed.

I am without a doubt a long time fan of Miyazaki. His work has inspired me and moved me in so many ways. This film is no exception.