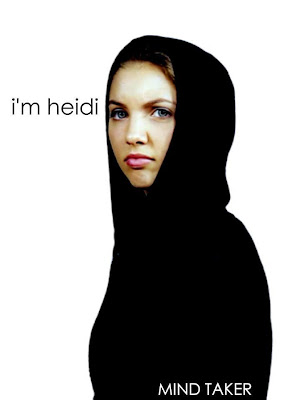 I just wanted to share a trailer for the upcoming film Mind Taker. Interesting film about a girl who has telepathic abilities. I hope that we can see more on this soon.

Teaser and Film Info after the jump.

"Mind Taker" is about a teenager girl, Heidi (played by Mackenzie Mc Gahee), as she copes with amazing telepathic abilities. Our story follows Heidi as she uses her gifts to guide and help those around her.

It is a short independent film produced jointly by Resistance Entertainment and Midnine Productions. Filmed entirely in Palm Beach Country Florida, the film features a wide variety of talented individuals both in front of and behind the camera.