WorldDesk hooks up with DropBox 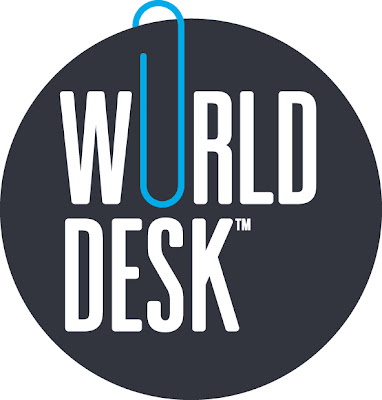 WorldDesk has just changed their Facebook status to "In a relationship".

You may be asking yourself "What is WorldDesk?" If you're not, then good on ya, mate! But if you are, then..."WorldDesk allows users to carry their personalized desktop around on any device, from a simple USB drive, to a smartphone or iPod." (Press Release).

So what happens when they start a love affair with every ones favorite online storage site, DropBox? Well...It's a match made in heaven.


Full PR after the jump including a cute lil' video.

Currently, WorldDesk allows users to carry their personalised desktop around on any device, from a simple USB drive, to a smartphone or iPod. The deployment of WorldDesk via Dropbox means users can not only access their files on any machine with internet access, but their entire personalised desktop – including all their settings and applications.

Speaking following the announcement, Rao Cherukuri, WorldDesk CEO said: "Dropbox is an incredible, disruptive technology that is radically changing how we think about our files and cloud storage. WorldDesk deployed via Dropbox is truly revolutionary. WorldDesk separates a user’s applications and personalised desktop from their physical machine. This technology, combined with Dropbox, allows users to store their desktop in the cloud, allowing for access from any machine.

“The beta solution we’re launching today allows you to access, through your Dropbox folder, your full personalised desktop experience on any 32-bit Windows 7 machine. We are also currently finalising plans to roll-out across all other operating systems and on other leading cloud storage platforms.”

Jonathan Chesney, WorldDesk co-founder and Product Manager said: “Thanks to Dropbox the desktop now lives in the cloud, thanks to WorldDesk that desktop can now run on any local device. This unique offering has the potential to disrupt the entire $65 billion DaaS market.

“Dropbox lets people bring their documents, photos and videos everywhere. Dropbox and WorldDesk combined will allow people do the same with their personalised desktop. WorldDesk and Dropbox are a perfect match this Valentine’s Day!”

* Visit www.myworlddesk.com/download to download the product or for more information.
dropbox worlddesk