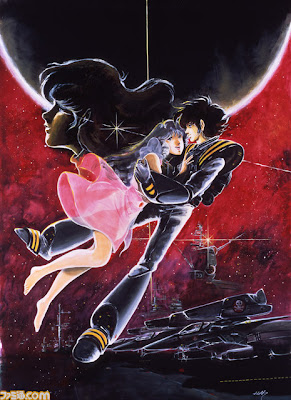 I was going to make 2 separate posts about this, but I figured it best to compound them. Click past the jump to read this rather long post in it's entirety.

Noboru Ishiguro, the director The Super Dimension Fortress Macross, has passed away. He was 73.

Ishiguro's more recent work was directing the 2008-2009 television anime series Tytania and Pattenrai!! - Minami no Shima no Mizu Monogatari, a 2009 film based on the life of Yoichi Hatta, the Japanese engineer that helped modernize Taiwan when it was a colony of Japan.

Ishiguro was scheduled to attend North Carolina's Animazement convention on May 25-27. He attended past U.S. conventions such as several Anime Expo events, Anime Weekend Atlanta in 2007, and Otakon in 2009.

It's a sad loss to the world of Anime.

So in memory of Ishiguro, I present to you the lighter side of this post. 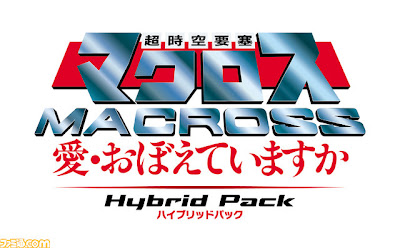 The Super Dimension Fortress Macross: Do You Remember Love? film by the late Noboru Ishiguro and Shoji Kawamori will be released on Blu-ray Disc for the first time in a Hybrid Pack bundle with the PlayStation 3 game My Boyfriend's a Pilot 2012.

There will also be a 30th Anniversary Box with a bonus extras disc of over 90 minutes of footage, such as the first Blu-ray release of The Super Dimension Fortress Macross: Flash Back 2012 epilogue. Other bonuses include a discussion about the origins of the Macross series with creator/mechanical designer Shoji Kawamori and his design mentor Kazutaka Miyatake, a "Do You Remember Love? Flash Back 1984" documentary, the anime movies that were made for the Sega Saturn Do You Remember Love? game, the "Do You Remember the Taste?" ads and commericals of the past, the image board gallery, trailers, and special footage.

Beyond the discs themselves, the 30th Anniversary Box will have an all-color booklet, a miniaturized version of the theatrical pamphlet, a miniature poster collection, a mini pencil sketch collection, a box illustrated by Hidetaka Tenjin, an archive of anime magazines, and a strip of actual film.