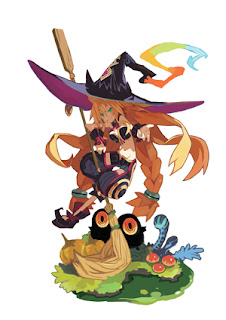 The embargo is now over and we can now discuss NIS American's latest announcement!  You have "The Witch and the 100 Knights", an action RPG. The turn based combast game, "Mugen Souls". And a dungeon crawler called "Legasista."

On the Anime side of things, we have Anohana and Kimi Ni Todoke on both DVD and Blu-Ray!

Read More After The Jump! 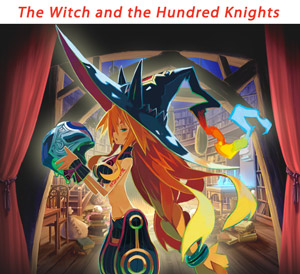 About The Witch and the Hundred Knights
Two powerful witches have been battling one another for over a hundred years. Now, the Swamp Witch has unleashed the legendary Dark Knights, and seeks to destroy the Forest Witch once and for all! Features

•A hundred knights at your command: A plethora of ways to utilize your 100-man team!
•Multiple weapons: Equip up to 5 weapons to maximize your combo abilities!
•Chain attacks: The higher you build your chain, the greater damage you will unleash!
Release Date: Q1 2013
Click here to view the official website. 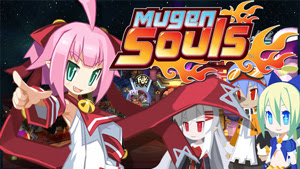 About Mugen Souls
There exists a small galaxy in the universe containing severn worlds, shimmering in seven colors... These worlds exist and act independent of one another. This has allowed them to develop and burture rich, unique cultures. Then one day, a devree was sent out...

"I'm gonna make everything in each of these worlds bow to me!"
-The Undisputed Goddess, Chou-Chou

Features
•Expansive worlds to explore: Travel Freely on each world to explorer and find treasures and items. Monsters are roaming about, so be cautious or fight them head-on and make them your subservient peons!
•Free-roaming style battle maps: Use Combo attacks to execute spectacular moves with your allies! Destroy Crystals on the battlefield to activate Hyper mode!
•Moe Kill: Execute the Moe Kill technique to enslave enimies and turn them into items by exploiting their weeknesses!
•Customization: Create a full cast of characters! Customizabile body parts, facial expressions, and job classes!

Notice: Due to the sensitive nature of some content, NIS America has decided to edit certain aspects of this title for its North American and European releases. 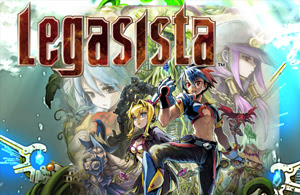 About Legasista
In a world where science has become a thing of the past, people have come to fear this ancient form of knowledge as magic spells and curses. Now a young man named Alto sets off for the mysterious Ivy Tower, which houses ancient relics of the lost art of science. 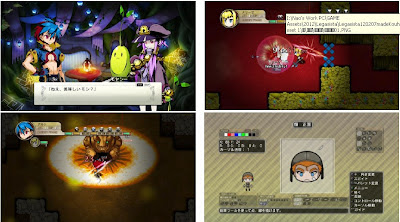 Features:
•Dungeon crawler-style action RPG: Form a team of 3 characters to explore the dungeons of the Ivy Tower! Characters can easily switch in and out from the frontline to the backline.
•Randomly-generated dungeons: Explore different dungeons and cash in on the loot!
•Personalities: Create your own character, from job class to unique personalities! The personality will greatly change the character’s fighting capabilities, so choose well!
•Customization: Customize your character fully with the character creation feature. Even weapons can be customized! 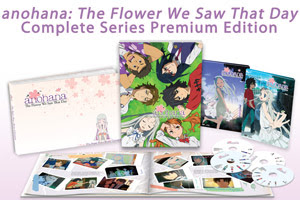 About anohana: The Flower We Saw That Day:
Jinta Yadomi and his group of childhood friends have become estranged after a tragic accident split them apart. Now in their high school years, a sudden surprise forces each of them to confront their guilt over what happened that day and come to terms with the ghosts of their past. With their childhood friend Menma back in their lives, the “Super Peace Busters” put their personal issues aside and work together to grant her one true wish. But to do it right, they'll have to overcome years of shame, hard feelings, and heartache. 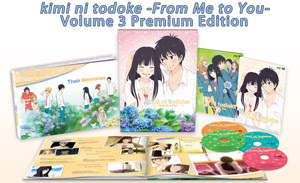 About kimi ni todoke -From Me to You-:
After ringing in the new year with her crush at their local shrine, things seem to be going well between Sawako and Kazehaya. However, a new year means new obstacles to overcome, and a young girl's first love is no exception. When Sawako begins to doubt herself, her rival Kurumi senses it and makes a few comments that push Sawako's confidence back to zero. When you add in Kazehaya's misunderstandings as well as a new boy in class who seems to like Sawako the same way Kazehaya does, it sums up to equal another exciting school year! Find out if Sawako and Kazehaya can overcome their own self-doubts and any outside forces in order to finally have their true feelings reach one another!

About the extras- Artbook and bonus features:
- kimi ni todoke -From Me to You- Volume 3 Premium Edition comes with a hardcover art book (full color, 28 pages) that features vividly illustrated memories from the kimi ni todoke characters, as well as beautiful scenery illustrations depicting where these memories were created. - Two mini-episodes featuring Kurumi’s interpretation of two classic fairy tales. - Episode 0: Watch this recap of Vol. 1 & 2 as seen through the eyes of Kurumi! (Approx. 23 mins) - Clean opening and ending.