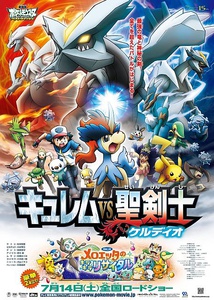 I bet you thought Pokemon was dead! While that might be mostly true state-side, nothing could be further from the truth in the far east. In fact, Pokemon is getting it's first theatrically released 2D short in 9 years! Great news for fans of the little ball dwelling monsters!

More after the jump. 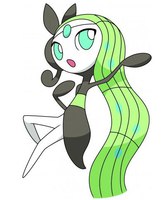 
The short, titled Meloetta to Kirakira Recital (Meloetta and the Sparkling Recital) will be the first 2D Pokemon theatrical short film in nine years.


Meloetta to Kirakira Recital will revolve around the extremely rare telekinetic Pokemon: Meloetta. The film will co-star Pikachu and an inevitable plethora of various Pokemon.


The film and the 2D short will be released in Japanese theaters on July 14.


The Pokemon: Black & White the Movie - Kyurem Vs. the Sacred Sword Master Keldeo film will mark the 15th anniversary of the Pokemon anime film franchise whilst the original games celebrated their 15th anniversary in February of last year.
Anime Movies pokemon Video Games