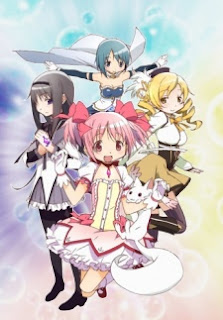 NicoNico and Aniplex are once again teaming up for a live stream of Puella Magi Ma​doka Magica Episode 5 in English on April 6, 2012 at 8:00 PM PDT.

Read the Press Release after the Jump!

From NicoNico and Aniplex:

Santa Monica, CA (March 20, 2012) – Following the successful screening of the first episode of Madoka Magica, Aniplex has heard the requests and is ready to give the fans what they want. Aniplex of America has announced today that they will host an Exclusive Screening of episode 5 of the hit anime series "Puella Magi Madoka Magica” in English. Just like the first screening, this screening event will be shown in the US, Canada, UK, Australia, New Zealand and Japan simultaneously for free. This one day event will be on the Niconico Live-Streaming channel on April 6th , Friday at 20:30 PST (April 7th Saturday at 12:30pm Japan local time).

This will be a real treat for fans as they will get to hear their favorite Madoka Magica characters in English once more. Japanese Fans will be happy to know that the show will be subtitled in Japanese. In addition, before the episode there will be a special greeting from the English Voice of Madoka and Homura just for the fans.

“I’m very thrilled to watch episode 5 of Madoka Magica together will all the Madoka fans in six different countries. I appreciate Niconico Live and its ability to let fans share their love for this anime all across the country,” says Hideki Goto, the president of Animation Business of Aniplex of America.

Volume 2 of “Puella Magi Madoka Magica” will be available on April 10th in North America. The third volume of the series is available for pre-order at Rightstuf.com.

■Story of Puella Magi Madoka Magica
She has a loving family and best friends, laughs and cries from time to time...
Madoka Kaname, an eighth grader at Mitakihara middle school, lives such a life.
One day, she has a very magical encounter.
She doesn't know if it's by chance or by fate yet, but this meeting will change her destiny.
This is the beginning of a new story of magical girls...

Niconico is one of the largest video-sharing websites with roughly 23 million registered members and 1.4 million paid members in Japan. In this site, users are allowed to share their feelings by writing comments onto uploaded videos being played. As for its live streaming service, users can communicate with not only other users, but also performers or audiences appearing on live videos by writing comments in real time.