Greetings Geeks,
Our First X Review (Cross Review), where multiple staff members rate a single game at the same time, is ready. None other than the awesome Street Fighter X Tekken will be our 1st game under this format.

Read More After The Jump!

Fans from each series can also be able to play with either Street Fighter's traditional 6 button layout or Tekken's 4 button layout!

Players who are new to either series will be able to join in on the fun with an easy-to-understand battle system that is exciting and countless hours of fun.

Kingtigre
As a life long fan of Street Fighter, it comes as no surprise to me that this game is EPIC! Long have my friends and I had conversations about the possible match up of Street Fighter and Tekken. This game allows you to live those conversations in real fist pumping glory. Team "Shotoraken" is my pairing of choice and both characters play exactly like their SF4 counterparts. You will not miss a beat in this game if you are using Capcom's roster. My only complaint (and it is minor) is the lack of multiple super moves. I would have loved to see Ken unleash a Shinryuken in this game. But alas, Capcom has been leaning towards Ken's flashy kick moves for some time now.
Here is where it gets messy. Capcom has made a gorgeous game. But it is, without a doubt, a Street Fighter game. A game that also happens to feature Tekken characters. I've never been a huge Tekken player but I can't help but feel like the Tekken team has really taken a hit in terms of gameplay dynamics. The obvious lack of a third dimension to the gameplay would take a huge toll on me if I weren't already an avid SF'er. Capcom has done it's best to ensure that the Tekkeners don't get pummeled by fireballs all afternoon. Some characters have dodge attacks to punish the potential turtler. But it still doesn't FEEL like Tekken. Which is something that the most hardcore Tekken players will attest to.

Street Fighter X Tekken is for lack of a better word "Easier" than your standard fighting game. Combinations flow smoother and super moves are made so simple that it borders on insanity. The games story is well plotted and each (official) team gets their own interesting endings. I look forward to seeing Namco's turn at this title as I am sure it will heavily favor the Tekken style gameplay. I eagerly await the challenge of mastering it.

It's nice to have a vs. game that doesn't feature air juggling and full screen super moves for a change. Makes me miss Capcom vs SNK. Now how about a true "King of Fighters" game with Street Fighter vs. Tekken vs. King of Fighters vs. Mortal Kombat!?

GodAshram
Well, what can I say? I have had a large amount of enjoyment beating up on the Namco characters with my Akuma/Juri team! Game play is smooth, plays great on my customized Mad Catz Fightstick. The online game play has it's issues, BUT I do understand why. It's not easy streaming 4 characters online while making sure people with not so fast internet can still play.

When I first saw the trailer 2 July's ago at Comic Con, I was shocked, excited and curious as to how it would work. Last year, at Comic Con, Ono explained his thought process and we had a chance to play. I was instantly hooked! Running on a modified version of the SF4 engine, the game doesn't miss a beat!

While I am disappointed at the on-disk DLC and the fact that Capcom does want to charge another $20 to unlock them, I still have to admit that is game is well worth your $60... or wait for the eventual price drops or clearance to make the addition $20 DLC worth it. The Playstation Vita version should be out this Fall, and well, yes, I will be buying that version as well. 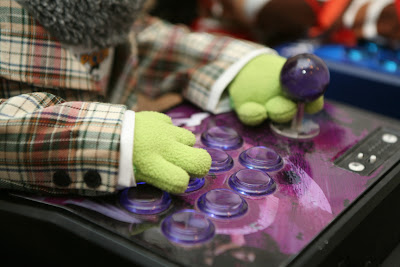 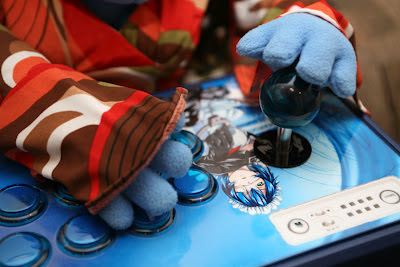 PhotonWaveZero
Greetings boys, girls, and geeks of all ages! I'm here with my take on CAPCOM's newest excuse to incinerate people with fireballs, Street Fighter X Tekken. Prepare to have your minds blown with a fierce dragon punch, because this game is pure unadulterated ass kicking. 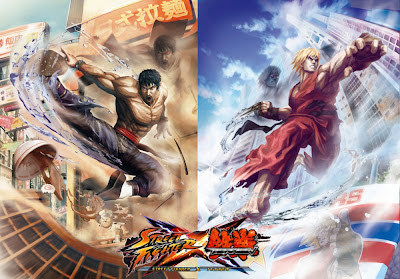 Street Fighter X Tekken makes every Namco/CAPCOM fan's carnal desires for celebrity smackdowns come true, boasting an impressive roster of familiar faces "pummeling the living $#!+ out of each other for your enjoyment". The time I've been allotted with the 3-D/2-D fighter has been overly satisfying. With my Ken Masters/Law team, I found myself utilizing the new cross gauge system to bring on the pain with some wicked-looking combos. After my purchase of the Mad Catz Tournament Edition Fight Stick, that aforementioned experience only improved with devilish awesomeness. The fight stick is really the way go, and this is coming from a previous advocate for fight pads *cringes*. 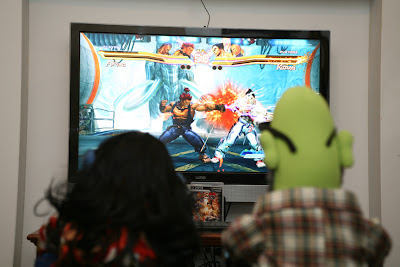 Overall, there is so much to love here. Whether watching Hugo from SF3 suffocate Jin with his "beefcake" mass or witnessing Akuma unleash some serious Hell on Pac-Man (I'm clearly favoring Street Fighter here), Street Fighter X Tekken will long be remembered as one of the best crossover titles on the market. While it's not quite as deep gameplay wise as its respective counterparts, it's deep enough to keep you coming back for more.

Overall Score
As you can see above, we all enjoyed the game, for different reasons. Only one of us had a real issue with the game (DLC PRICES!!!). Overall Street Fighter X Tekken is a great game for any fighting fan's collection. 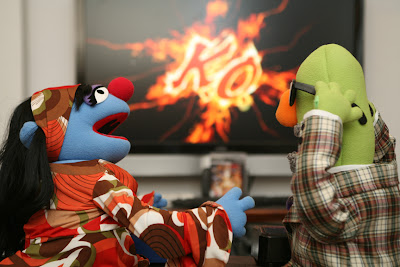