We have had access to a 3G/WIFI Vita since February 22, and after over a month of hands on, we FINALLY can give you our opinions on the system!

Read Our Full Review After The Jump!
First of all, let's start off with some specs!
The 3G seems to be HSDPA+ from what we have read. The front and rear cameras, while usable, will not replace your smartphone. The screen is a 5" OLED that looks amazing. Both front and rear touch that works surprisingly well.

WOW, the first word out of my mouth after opening up Sony's newest system. The screen size, clarity, system weight, and the simplicity of opening the box! Once opened, I did not allow for a proper charge time, I fired it up immediately, went through the initial setup and.... waiting for the OS update to download. So, I plugged it in and to bed I went...

The next morning, after the OS update, I was ready to jump thumbs first. Once at the main menu, it took me a couple of seconds to realize that it's touch operated, so the controls do not work there. From there, I just explored the menu for a bit. 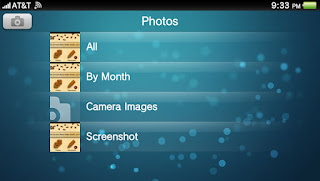 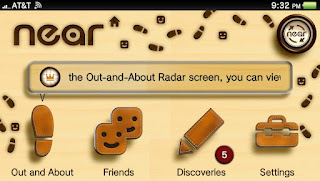 Near works kind of like the 3DS's Street Pass, with the exception that you do not need to be in range of the other person. When your Vita scans your location, it knows who was nearby.


From there, it was time to play games! We had a game lineup consisting of BlazBlue: Continuum Shift Extend, Ultimate Marvel vs Capcom 3, Uncharted: Golden Abyss, and WipEout 2048, as well a Super Stardust Delta after the signing up with AT&T promotion.

Upon popping in a game, you wait a couple of seconds as it does something (I assume loading into memory) and you are ready to go. Clicking on the game's icon brings up it's "Live Area", from which you can start the game, update it, view stats/trophies, read the manual,  search Google for more info, or whatever else the publisher wants. Uncharted, for example, gives you the option to jump straight into the "Black Market" from the game's Live Area.

Now, do not assume that since the games are no longer on optical media that there are no loading times, as there are. Some games take much longer than others, like WipEout. Others are not so bad. What is nice is that since the games are on a non optical medium, there are now NO moving internal parts, so this system should live MUCH longer that a PSP, but since my launch PSP still runs fne, this is more speculation than fact.

Sony was kind enough to listen to games and added a 2nd analog stick on the system, making certain games just easier to play. This also should allow for more PSOne games to be brought over once the Vita gains that ability. My personal opinion, I would have preferred 6 front facing buttons as well for fighters, like the upcoming Street Fighter X Tekken port.

The front and rear cameras, while useful, will not win any awards. Slightly better than the 3DS cameras, they left me wanting more as there are much better cameras in cell phones. The front touchscreen and read touchpad, on the other hand, shocked me with how useful they are! For games like Uncharted, they are kind of gimmicky, as they are used to slice through bamboo, clean artifacts, or climbing a rope. In other, like Super Stardust Delta, it's great! Using the rear touchpad can open a Black Hole, while the touchscreen is used for launching missiles. Great stuff here.

The only real gripe I have are the game prices. The average price seems to be $39.99, with some games as low as $30, but high profile games such as Uncharted demand $50! Most games are available on both PSN and retail at the same time, with a tiny discount for buying it on PSN. A $10 discount would have been great, since you are not getting an actual card that can be resold or given away, but I have only seen a  $5 discount on average.

PSP emulation is actually pretty good. The second analog stick can be remapped to replicate the buttons, you can choose the colorspace used (Vita or PSP), and more. Since the games run off your memory card, load times are much faster than their UMD siblings. Since you must purchase PSP games via PSN, your old UMD's are pretty much trade fodder since Sony decided not to open the PSP Passport program to US residents!

There isn't really much more I can say that hasn't already been said thousands of times online already, so lets get to the point.

This is definitely a must buy for gamers.
PS Vita Review Vita