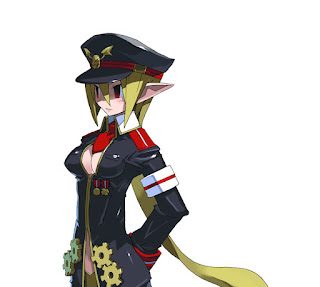 NIS America has just announced that Disgaea 3 is now available on the Playstation Vita. Available for $39.99 at both retail and the Playstation Store. Buy from NIS America directly and you will receive Disgaea themed micro-fiber cleaning cloth.

UPDATE: Trailer Added
Read The PR After The Jump!


DISGAEA®3: ABSENCE OF DETENTION FOR PLAYSTATION®VITA IS NOW AVAILABLE ACROSS NORTH AMERICA!

Santa Ana, CA (April 17, 2012) - NIS America announced today that Disgaea 3: Absence of Detention is now available for purchase across North America in both digital and retail formats. Much loved by hardcore gamers around the world, Disgaea 3: Absence of Detention has evolved for the next-generation handheld console with all-new characters, stories, and game systems.

About Disgaea 3: Absence of Detention
Disgaea 3 is the third game in the Disgaea series, a hardcore, turn-based strategy RPG series made popular on the PlayStation®3 and PlayStation®Portable. In Disgaea, character units have a limit to their movement and attack ranges based on level and weapons equipped. There are other special game systems that let you take advantage of the 3D battle map, many of which are unique to the Disgaea series.

Key Features
Geo Blocks – These cube-shaped terrain-altering objects allow players to manipulate a stage’s rules and approach enemies that would normally be out of reach.
Geo Panels – These colored panels will appear on the game map and bestow various effects depending on which Geo Blocks are placed on them. Drop a Geo Block on one panel, and every panel of the same color will share that Block’s effect, which can range from EXP bonuses to unit damage, or even invincibility!
Item World – This set of special randomly-generated battle stages exist within each and every item you find. Clearing these stages will allow you to boost that item’s power.