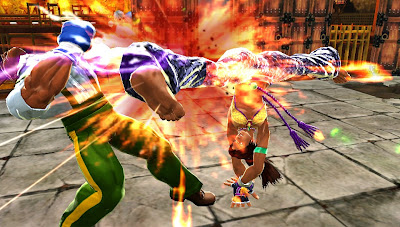 Capcom released a lengthy 8 minute cinematic back story for some of the new characters for Street Fighter X Tekken as well as some info on it's PS Vita release including a cross assault feature for the Vita!

Hit the jump for all the Capcom goodies!


The PS3 and Vita versions of SFxT support cross-platform play, enabling owners of either to square off against a wider pool of online opponents. Furthermore, any DLC purchased on one version will transfer to the other; if you own both versions, the 12 Vita characters will appear as free DLC on your PS3 version right away!

As for the console version, an improvement patch for the online sound issues should be live now, along with the addition of the tournament support patch for faster gem selection. The team is also still working on solutions to the various infinite combos that have been discovered, and plans to keep the game alive throughout the year with further downloadable updates, like gems, features and the 12 Vita characters.

And here is a character run down from Captivate this year.