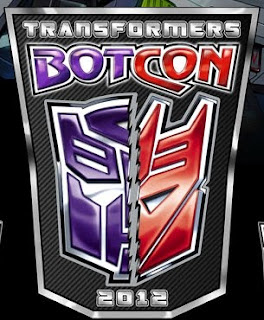 Well, geeks and geekettes, BotCon 2012, the convention dedicated to all things Transformers, has come to a close for another year; however, it didn't close without revealing the winner of its 2012 FanFilm contest. Behold the epic kickback to G1 fandom, Transformers: Green Energy.

Watch it after the jump!

I've taken the liberty of posting the uncut version as well as the.. well.. cut version I guess. XD Enjoy! Cut Version with new intro: Uncut Version with no intro: Also, coming this June, I will be starting an official Transformers Video Review page, where I will be commenting on the latest and greatest items from the 3rd Party world and Hasbro's 2012 Autobot/Decepticon lineup, so stay tuned, geeks!
Botcon Transformers