Ys Origin Announced for May 31st! 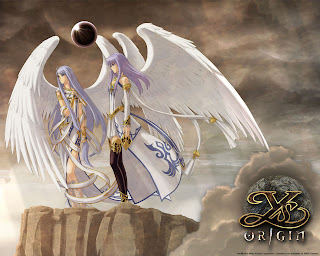 XSEED Games has just announced that Ys Origins will be available for the 1st time in English on May 31st!!! As the prequel to Ys Book One, which I have played into oblivion, is the 1st game in the series not to have Adol or Dogi at all!!

Read the full PR after the jump and then toss sacks of cash at XSEEDGames for this!


XSEED Games Announces Ys Origin for Steam Release on May 31

Torrance, Calif., (May 23, 2012) – XSEED Games, an independent-minded publisher, is proud to announce that Ys Origin, the action RPG title from acclaimed Japanese developer Nihon Falcom, will be released on May 31 for PC on Steam at a price of $19.99 dollars/€15.99 euros/£12.99 pounds/399 rubles.  This marks the first time an official English translation of Ys Origin will be made available.

Serving as a prequel to the original title in the now legendary Ys series, Ys Origin is the first Ys title not to feature red-headed series hero Adol Christin or his faithful companion, Dogi. Originally released in Japan for PC in 2006, Ys Origin has seen a host of enhancements for its English release, including Steam Achievements and Cloud support, online leaderboards, enhanced game pad support and true widescreen compatibility. Set 700 years before the first title in the Ys series, the game’s story focuses on the twin Goddesses and the mysterious Black Pearl made famous in Ys I & II, and follows the adventures of several playable characters as they ascend a menacing tower built by demons, fighting for their lives in that classic fast-paced action RPG style Ys fans have come to know and love.