I know this story is about a week old, but hey, I've been out of town! Never the less here it is.

Mimoco is releasing a series of thumb drives from their Mimobot line, based on DC Comics characters. Not only that, but they are also releasing an SDCC exclusive Bane Mimobot! Hit the jump for full PR, and details on each new character.

(BOSTON - June 12, 2012) - Mimoco, creator of the MIMOBOT® line of designer USB flash drives and MIMOMICRO® card readers, and Warner Bros. Consumer Products on behalf of DC Entertainment, the world's largest publisher of comic books, introduce the Batman™ "The Dark Knight Rises" Edition, Superman, and The Flash series of MIMOBOT designer USB flash drives. Joining the originalBatman and Green Lantern waves of MIMOBOT flash drives, these essential super hero characters are available in up to 64GB capacities and come preloaded with bonus Mimory™ and mimoDesk™ suites of screensavers, avatars, and wallpapers.

"We're beyond thrilled to introduce these iconic and essential super heroes into the DC Comics X MIMOBOT line-up," says Scott Seraydarian, Director of Media at Mimoco. "Superman, in many ways, defined American pop-culture in the 20th Century, and The Flash is just perfect for our line of designer USB flash drives. We at Mimoco are also excited to see 'The Dark Knight Rises' when it hits theatres this summer and are pleased to take part with the release of our awesome new 'The Dark Knight Rises' Edition of Batman MIMOBOT flash drives." 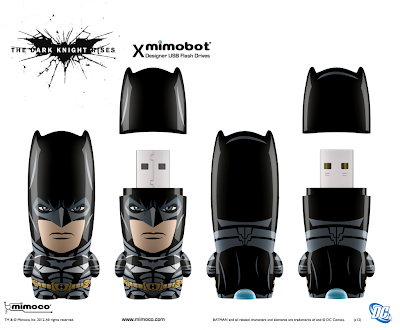 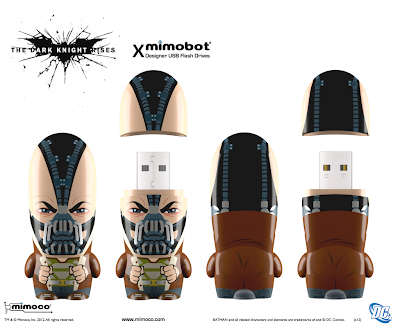 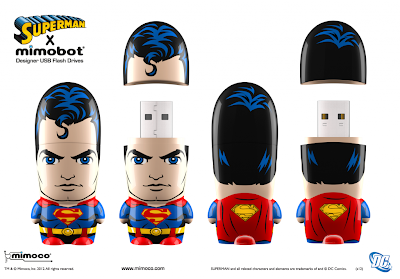 Superman™ X MIMOBOT® - The Man of Steel is now the ultimate in transportable data! Don't be Clark Kent! Take off those glasses, tear open your shirt, and save the day with all of your music, pics, and documents at the tip of your fingers. All of it will be packaged as one of the most iconic super heroes of all time, complete with red cape, S-shield, and swooping hair. When you need your digital data, Superman MIMOBOT will be there to save the day! 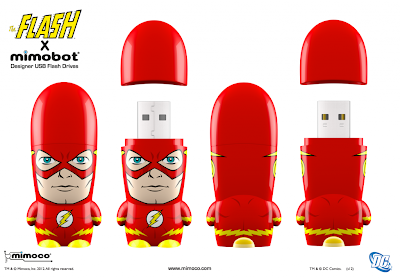 About Mimoco
Boston-based design house Mimoco fuses the art of contemporary characters with the functionality of personal data storage devices and is well known in both the pop-culture driven Art Toy underground and the high-tech electronic world. The MIMOBOT USB flash drive line includes original characters and licenses from Star Wars, Hello Kitty®, and DC Comics™, to pop-artists like Gary Baseman, David Horvath, and FriendsWithYou™. MIMOBOT flash drives are available in up to 64GB capacities, are Mac and Windows compatible, and include preloaded bonus MimoDesk™ content. Learn more at www.mimoco.com.

All related characters and elements are trademarks of and © DC Comics.
Bane Batman dc comics mimoco Superman The Flash USB