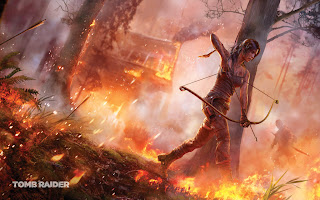 Square Enix just release the World Premiere trailer for the new Tomb Raider game, and WOW... I was a fan of the last reboot this series had, Tomb Raider Legend, but this origin story just looks BADA$$! I've seen the previous screenshots and whatnot, but this trailer just made me mark March 5, 2013 on my calendar.

Watch it after the jump!