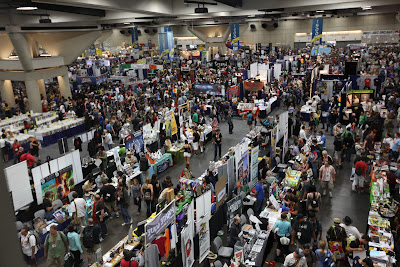 As you know, San Diego Comic Con has ended and we are exhausted! We will have a slew of stuff for you to check out in the coming days. (remember, we are a small crew so please be patient)

Read more on our upcoming stories after the jump.

First up is a shout out to Movies on Demand! They were kind enough to provide us with a place to rest, recharge, and regroup. Something that is much needed when you are dealing with something the size of SDCC.

Movies On Demand on Cable is the easiest, most convenient way to rent movies from home instantly, with just a click of the remote. It is already there as part of most digital cable services! Often times days before Netflix and Redbox.

Lockout, Three Stooges, Silent House, The Raid, The Hunger Games and The Lorax are just a few of the movies that MOD is bringing to your homes.

I don't personally have Cable, but I've used similar services from satellite providers and I gotta say that it is a pretty good deal.

So do us a favor and give Movies On Demand some love. They helped us bring you all the great coverage that is coming your way!
www.facebook.com/moviesondemand
Follow them on Twitter at @moviesondemand
or just hit up their website www.rentmoviesondemand.com

What is coming your way you ask? Here is a taste. 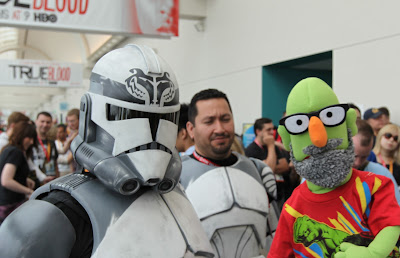 Interviews with the Teenage Mutant Ninja Turtles (not the upcoming Michael Bay crapfest) the new Nick toon which is looking pretty darn cool despite my initial reservations.
Interviews with cosplayers from the show floor!
Interview with Emmy award winning actress Jaime Pressly.
We also spoke with the cast of Cinemax's "Femme Fatales"

And that's just the tip of the iceberg. We've got much more to come!
MOD Movies On Demand San Diego Comic Con