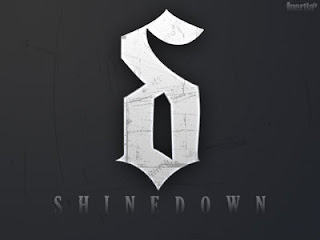 Just like a crow chasing the butterfly. Oh hello. Sorry I was just singing my favorite song by Shinedown, a band from Jacksonville, Florida. (Whoo, Florida!) 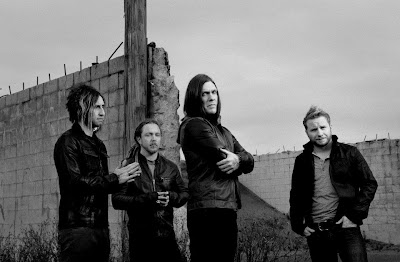 Shinedown is an Alternative Metal band formed in 2002. They currently include singer, Brent Smith, bassist, Eric Bass, guitarist, Zach Myers, and drummer Barry Kerch.
They got their name by a normal conversation. Brent Smith was telling former bassist Brad Stewart that he should hang a light over a painting in his house so it will be “Shining down.” A few tweaks later and they had their name.
Brent Smith says the name really supports the band as; sometimes you shine and sometimes you’re down.

The band has had many singles, among them: Fly from the Inside, 45, Save Me, I Dare You, The Crow & the Butterfly and Bully
They’ve had many song featured in various fields. They wrote a song called “Her Name is Alice” for the Alice in Wonderland soundtrack. They also wrote the song “Diamond Eyes (Boom-Lay Boom-Lay Boom)” for The Expendables although it doesn’t appear in the movie or on the soundtrack; it was used for the trailer. The Final Destination (the fourth installation of Final Destination) used their song “Devour” and of course I can’t forget that they have a song on The Avengers soundtrack titled “I’m Alive”.
They’ve had songs on numerous sporting events as well as video games although their most popular was when Chris Daughtry preformed “I Dare You” on American Idol.

The band currently has four albums; Leave a Whisper, Us and Them, The Sound of Madness, and Amaryllis. 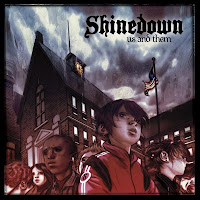 Us and Them is Shinedown’s second album and I have to say my favorite. They had me as soon as I played “The Dream”. The album has this, for lack of a better description, dream affect. When listening to it I feel as if I’ve fallen into a mystical dream that's filled with angst. This album makes me look at myself and makes me want to be stronger. I absolutely adore Brent Smith’s vocals throughout this album whether he is singing a slow melody or screaming, which is his specialty.
I was surprised that it was one of their least popular albums; still the album did go gold in the US and had three singles. Not bad… 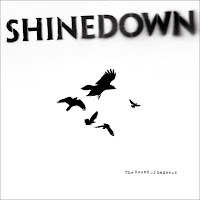 Are you really surprised I was going to do a review of The Sound of Madness? This is Shinedown’s third album and by far their most successful by going platinum in the US and gold in Canada with six singles. It was also the first album I heard. I love how the heavy guitar is in all the songs even in the “slow” ones. I can belt it out to my favorite songs whether I’m up or down. There is not much I can say that hasn’t already been covered in other reviews so let me just end this by saying, Love!

While I haven’t gotten Shinedown’s new album “Amaryllis” I have heard the song “Bully” on their website and…just…yes. I love it all; it’s an anthem for anyone who has gotten picked on by a bully. If you’re a fan of Breaking Benjamin or Seether, Shinedown should be on your list.

If you want a few songs to test the band try:
Save Me
The Crow & the Butterfly
Bully