Persona 4 The Animation Blu-Ray Gets A Price Cut And Looses Features! 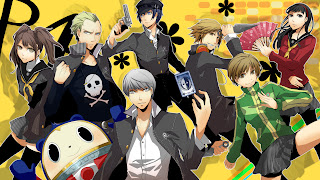 Persona 4 The Animation Collection 1 on Blu-Ray will retail for $10 less at $59.98, but at the same time will no longer carry the Japanese audio tracks!

My opinion, which was later confirmed, is that due to the US and Japan sharing the same Blu-Ray region code (region A) that this is an effort by the studio to prevent reverse importation. Reverse importation, in this situation for those that do not know, is when people in Japan order the US version of the anime to save a TON on the cost. So, for example, Disc 1 in Japan has 1 episode and a bonus CD retails for about $50 US dollars. Disc 2 with 3 episodes retails for close to $100! So I do understand the reasoning, but I prefer Subtitles vs dubs.

The DVD's will not be affected due to the fact that the US and Japan are in different DVD regions, even though DVD region protection is easy to break.

Read the full PR after the jump!
From Sentai Filmworks:

HOUSTON, July 31, 2012 - Sentai Filmworks announces a release configuration change. The September 18, 2012 release of “Persona 4 The Animation” Collection 1 on Blu-Ray will contain English language dub but not the original Japanese language.  This change has been required by the Japanese licensor.

The revised Blu-Ray configuration of “Persona 4 The Animation” Collection 1 will be priced at $59.98 reflecting a shift from the former $69.98 price point.

“Persona 4 The Animation” Collection 1 on DVD will contain both English and Japanese audio, as well as the Japanese episode commentaries.  Pricing for the DVD release is unchanged.

Sentai Filmworks’ release of “Persona 4 The Animation” is licensed for sale and use in the USA and Canada only.  Export is prohibited.

About Sentai Filmworks:
Sentai Filmworks is one of the fastest-growing anime companies in North America, producing hit series like High School of the Dead, Towanoquon, Samurai Girls, Guin Saga, Needless and Angel Beats as well as high profile theatrical films such as Grave of the Fireflies and Appleseed. Sentai Filmworks’ programs can be found on home video distributed by Ingram Entertainment, Baker & Taylor, Section23Films, The Right Stuf and other good and fine distributors.  Digital product offerings may be found at iTunes, Hulu, Netflix, Amazon, Zune Marketplace, Anime Network, Playstation Network, Android Market and YouTube.
www.sentai-filmworks.com


Where I got my Japanese prices from : CD Japan