Editorial: WTH Is Wrong With People? 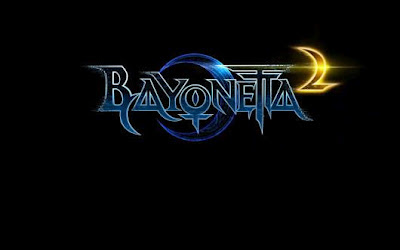 OK, I am bummed, like many others out there that Bayonetta 2 will be a WII U exclusive, but come on! I really had a blast playing the original on my XBOX 360, and when I was in Tokyo I picked up a copy for a friend before it's US release. This game was great for what I wanted... A time waster that was fun to play, had plenty of violence, and had some sex appeal.

Read on after the jump!

Now after the sequel was announced during Nintendo's Wii U announcement, many fans were pissed. I prefer to keep a game series going on the same console or consoles from the same manufacturer. In this case, I'd prefer an XBOX 360 or it's follow up system release. At the same time, I do understand that Nintendo is publishing it. Sega has had some money issues as of late so working with a 3rd party is a no brainer.

Will I still buy the game? YES when I can grab a Wii U! Will it be when it's available? Probably not.

With this said, gamers have taken to the Internet with some really STUPID opinions. Do you really have to post death threats? Does this news really ruin your day?  Others mention that they are going to kill themselves. One post I read mentioned that he, or she, was not going to play the original AGAIN in protest! WHO CARES! Really, in the grand scheme of things, does it really matter?

If you truly want to play the game, it'll cost you $360 or $410 plus tax! After that, there may be other games you wish to play. Seriously, it's just a game! I know most people are just talking out of their asses, but at the same time, they sound like total idiots blurting this stuff out.

The game is a Wii U exclusive. It sucks now, but I know I will eventually play it, and if you like Bayonetta, I bet you'll find a way to play it.

Now some links to see what some of these idiots are saying...

And... there is Francis (NSFW language and well, it may kill some brain cells as this guy is is just DUMB, but is worth the laugh at him, not with him!)