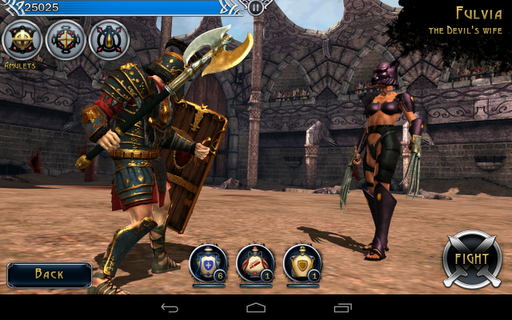 Glu Mobile's followup to the popular Blood and Glory is now out on Android and it surpasses the original in every way!

Read more after the jump!
Graphically, the game is better looking than last year's version. It appears to be running at a higher resolution with better textures, and still maintains a smooth frame rate! Also we have the additions of female gladiators as well as GIANTS! 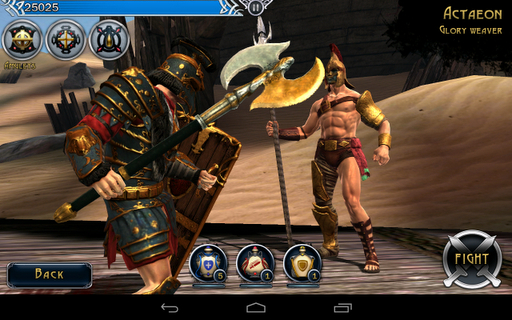 Sound is also improved. For those of use that do not speak ancient languages, everyone now speaks English! So now we know what we are being taunted with!

What's also an appreciated add on is the fact the game now has a running story! You take "Crimson" on a journey of revenge with digital comic style cutscenes. So that Roman emperor had better watch out!

Overall , the game is not without fault. It is free, but the higher end weapons cost gold coins.... which take forever to accumulate, or you can spend real money to buy more coins.

The game is VERY fun, but it feels like something is missing.... Other than that, it is a fun timewaster that is worth every free penny!
android Blood and Glory Glu Mobile Legend