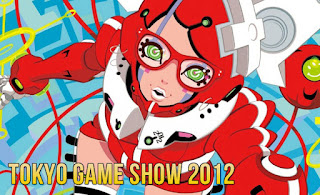 Well, some real life events have had me preoccupied. Since I have a few minutes, I can pass along some news!

As you may or may not know, the Tokyo Game Show is going on... Think of it as E3 for the Japanese Market... mostly! There were quite a few surprises as well as some that were rumored before hand..

Let's see what the Land of the Rising Sun is showing off!

Keiji Inafune, The man behind Mega Man and the Dead Rising series is working with Team Ninja on Yaiba: Ninja Gaiden Z!!! You are one of the countless ninja's slaughtered by Ryu on his blood soaked missions. Somehow you are brought back to life to exact revenge on him, But as the Z denotes in the title, ZOMBIES are in between you and your revenge. Inafune does 2 things great, Zombies and Mega Man. Team Ninja knows how to let the blood fly! So this is easily anticipated by us!

Sony has shown off a new model of the PS3! Slimmer than the slim model, it comes with either a 250GB or 500GB HDD, unless you live in Europe, then you also get a 16GB on board model.

Sony has also announced 2 new Vita colors.... OK.... but also PLaystation Mobile, which goes live next month. What will this include? No idea right now...

Senran Kagura is getting a Vita game! One of our favorite 3DS games that we NEVER played will be called Senran Kagura: Shinovi vs Shinobitachi no Shoumei... and is not a port, but a new series! Release date is Feb 2013!!!

WB Games is showing off new Injustice: Gods Among Us footage at TGS. This game looks great so far, so here's hoping it plays great!

Square Enix is showing off Kingdom Hearts 1.5 Remix, which includes KH1, Chain of Memories and 358/2 Days on 1 disc... I can picture Photonwavezero drooling already.

Joystiq decides to give a video tour of Akihabara. I STONGLY recommend Super Potato if anyone is there! They took hundreds from me when I was last there!