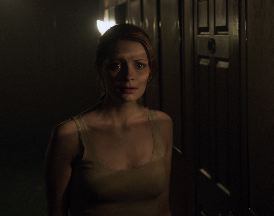 I WILL FOLLOW YOU INTO THE DARK stars Mischa Barton and Ryan Eggold, Directed Mark Edwin Robinson. This supernatural romance thriller, is premiering at the Hollywood Film Festival. Check out the trailer after the jump!


I Will Follow You Into the Dark - Trailer from Castlight Pictures on Vimeo.

Sophia Monet (Mischa Barton) is lost and apathetic after the recent death of her parents. She finds herself reeling in a state of cynicism and fear of the unknown until she meets the refreshingly charismatic Adam (Ryan Eggold). He begins to ignite in Sophia a sense of purpose, giving meaning to her once empty life. Late one night, Sophia awakens to find Adam missing, the bed spattered with blood. Along with Adam's roommate Astrid (Leah Pipes), and a couple friends, Sophia frantically searches the labyrinth of Adam’s dilapidated apartment high-rise building to find him. Sophia and the group soon find themselves up against unseen paranormal forces that will stop at nothing to keep Adam from being found. Sophia must confront her personal demons and take an extraordinary leap of faith in order to bring him back.

I will follow you into the dark Movie trailer