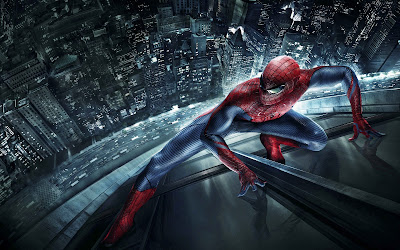 It's a bit late, but in honor of the Blu-Ray release of The Amazing Spider-Man, I present my thoughts on the rebooted franchise. Photonwavezero originally reviewed the film for us and his review pretty much scared me out of watching it theatrically. Now that it has hit Blu-ray, I decided to give it a go and here are my thoughts.

Hit the jump for my review. 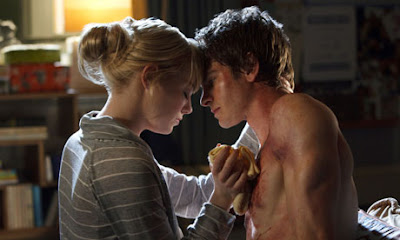 Basically, I found The Amazing Spider-Man wholly boring. But before you leave this page in a fit of geek rage, let me explain... 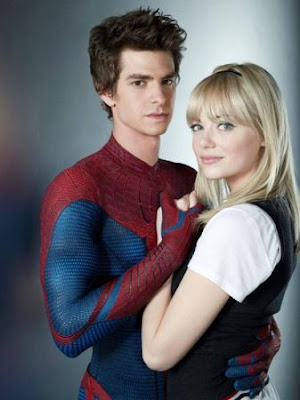 What didn't I like about The Amazing Spider-Man? Pretty much everything that I didn't like about Spider-Man 3:

1.) They butchered the storyline.
If it ain't broke, don't fix it. Sony was so desperate to hang on to the rights for Spidey that they rushed into making a reboot that nobody wanted, or needed. Then because they couldn't just rehash the original film, they were forced to completely warp the character's back story into something it never really was. Raimi's origin story was practically a carbon copy of the comics. If it ain't broke...

2.) Peter Parker turned into an arrogant prick as opposed to wisecracking hero.
Seriously...listen to Peter Parker in TASM. Spider-Man is known for being a quick witted hero. But what TASM does is just plain dicky. Peter's quips are more insulting than smart-ass. Yes there is a difference and yes, TASM went SM3 in the arrogance department. Maybe it's just that Parker overall isn't as relatable of a character, I'm not sure, but he really seemed more of a dick than a funny man.

3.) Marc Webb didn't "get" Peter Parker.
The director Marc Webb said "the idea of what a nerd is has changed in 40 or 50 years. Nerds are running the world." and "What was important in those early comics was this notion that Peter Parker is an outsider and how we define that in a contemporary context." While I can't argue that Nerds rule the world, the idea of what a Nerd is has not changed that much since the 50's. A Nerd is NOT some skater boy with Edward Cullen hair, an air of confidence and enough teenage angst to make Kat Dennings blush. It's pretty much the same exact thing a Nerd was in the 50's...only without the sweater vest. This is why Raimi's SM had the better Parker. I'll take my Peter nerdy, not Twilighty with a skateboard. 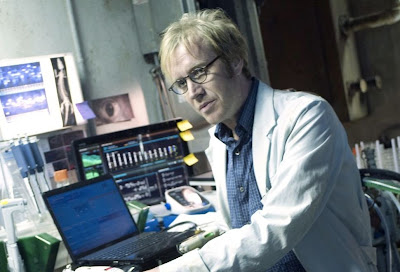 4.) The villain was warped into something he never really was, both physically and psychologically.
Much like Sandman and Venom in SM3, TASM features a villain whose character is drastically varied from the original. Physically, Lizard looked like a Goomba from the Mario Brother's movie. NOT something you want people saying about your main villain. Psychologically, Lizard starts out pretty much the same as in the comics. A scientist who is obsessed with regenerating his arm using science derived from Lizard biology. However, he warps into a megalomaniac hell bent on transforming the world into a new species of lizard-men. It's a change that I'm willing to forgive for the purposes of making a more interesting villain, but it pissed me off the same way, Eddie Brock and Flint Marko did in SM3.

5.) The plot was weak.
Really...it was. It dragged out so many times, that I was considering fast forwarding to something of substance. I really wanted to. Garfield's Parker was such an arrogant, Cullen-like, schmuck that I honestly didn't buy his transition to hero in the least. In fact, it wasn't until he was doing something heroic that he seemed at all driven to be heroic. Much like The Green Lantern film, the director confused quick-wit with being a asshole. It made Garfield's Peter much less likable in my opinion. And don't even get me started on the convenience of having a dozen construction cranes lined up down the same avenue conveniently spaced evenly enough to swing from all conveniently manned by friends of one guy who Spider-Man helped out once.

6.) They didn't use the most famous line in comic book history...in a movie about the very moment when the line became famous!
Come on! That's like a making a movie about Abraham Lincoln and not using "Four score and seven years ago..." Think about it. Would it be the same for you if old Lincoln said "Listen guys, a long time ago, our forefathers decided to start this country...." No...it doesn't work. Stop trying to convince yourself that it does. 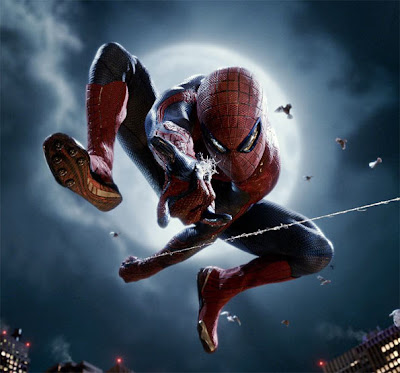 So what did I like about The Amazing Spider-Man?

1.) The Spider-Man action was phenomenal!
Spidey swings and slides and dives and leaps and webs and more. And every time he did I thought what a shame it was that these action sequences weren't in the original Raimi film. Granted a difference of 10 years is quite a bit in the Effects business and I'm sure that given the technology and the chance, Raimi could have delivered these types of dynamic action pieces. But he didn't...or couldn't...so the win goes to TASM for action and web swinging. 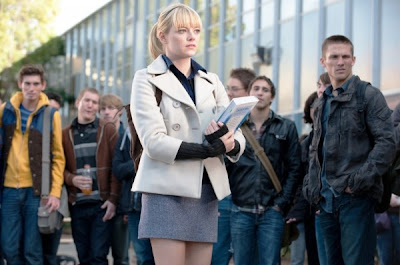 2.) Gwen Stacy.
Peter got his first love interest in the first film of his second franchise. Better late than never. And Ms. Stone does a wonderful job with her. Much better than Ms. Howard in SM3.

That's about it. Like I said, Webb got more wrong than he got right. He was trying to re-envision one of the worlds most famous heroes. It was a big gamble. And the box office returns say that I'm an idiot who doesn't know what he's talking about. But it's my review, so get over it.

I can forgive the costume change on Garfield's Spider-Man just as much as I forgave it for Dafoe's Green Goblin. It doesn't have to be an exact translation, just enough of a resemblance that I don't feel detached from the character.


While I don't share Photonwavezero's general sense disgust for the film, I do share a lot of his negative opinions of it. Overall, I'd give The Amazing Spider-Man, Two Geegamons.