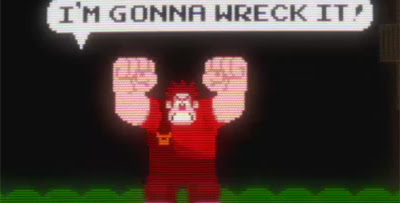 Disney's latest animated film is Wreck-It Ralph. The tale of a Video Game "Bad Guy" who doesn't want to be a...bad...guy. So how does this latest entry in the Disney stable hold up? Find out my thoughts after the jump. 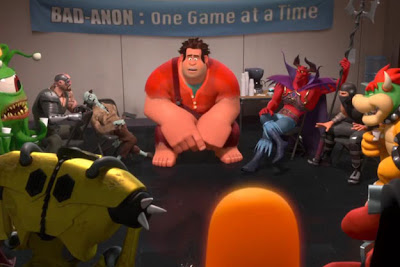 That's pretty much the best sentence that I could come up with to describe Wreck-It Ralph. It is a masterpiece of both comedy and heart.

Right out of the gate, you instantly feel sorry for the Antagonist Protagonist. (Never thought I'd be able to use those two words to describe one character before) Ralph (John C. Reilly) is a typical 80's video game bad guy. Simple back story, simple game. Think Donkey Kong meets Rampage...sorta. Anyway, not the point. Ralph is sick and tired of day in and day out being thrown to his muddy doom by the people of his game. He is also insanely jealous of the game's star Fix-It Felix, Jr. A handyman-type character that will make you think of a certain famous gaming plumber.

One day while calming his woes at the local pub, Ralph decides that he is going to be a hero. And hilarity and heart ensue. 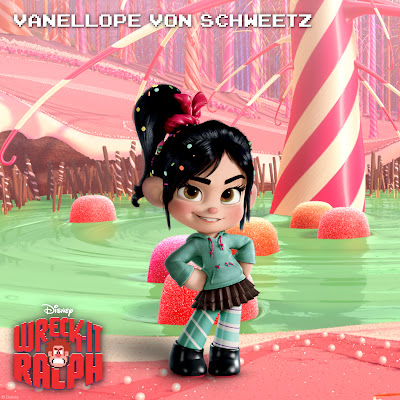 Ralph goes game jumping. Attempting to realize his dreams by finding status in another game. Ralph eventually meets Vanellope Von Schweetz (Sarah Silverman), the adorable little driver from the racing game Sugar Rush. He forms a bond with the cherubic car jockey and the two devise a plan to get both of them what they really want in life. 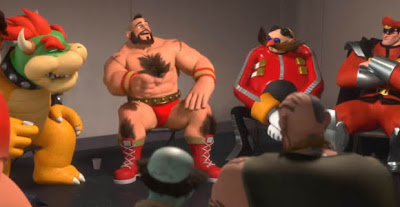 Wreck-It Ralph is one of those rare animated films that has SO MUCH going on that you would be doing yourself a disservice to NOT see it multiple times. There are countless cameos by famous video game characters like Sonic The Hedgehog, Bowser, Zangief, Q-Bert and SO many more! 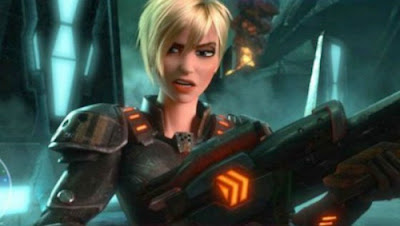 Gamers both old and young will fall in love with this movie. Jane Lynch plays the hard nosed, ice cold, bug-killing soldier Calhoun. An obvious nod to games like Call of Duty and Halo. It's such a great performance that I'm willing to forgive how much I hate her character in Glee. Calhoun is a damaged woman. Fighting bugs in her game is more than just a job, it's a vendetta. 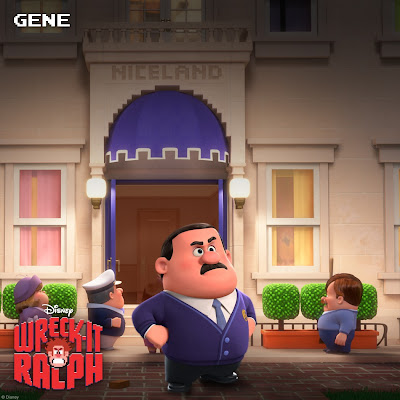 The animation is fantastic. Each character is beautifully designed. My favorite thing about the animation is how the townsfolk from Wreck-It Ralph move in "real life" just like they do in the game. With jerky like, low frame rate movements. It's brilliant! Every thing about these characters is clearly thought out to it's most intimate detail.

The music is "great". Great in that I didn't notice anything about it specifically, but was driven emotionally by it. At this moment, I still cannot think of a single musical cue from this film. That could be bad, but really, I'm not that broken up about it. 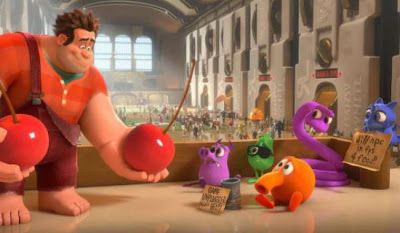 The story does an amazing job of making you fall in love with these characters. Each one imbues so much personality and charm. So much so that if Q-Bert doesn't see some sort of revival from this film, then there is no hope for this generation.

Wreck-It Ralph is some of the best work from Disney in years. I liked it better than Tangled. Better than Bolt. Better than Meet The Robinsons. In fact, this may be the best thing from the House of Mouse since Lilo and Stitch.

Do yourself a favor and go check out Wreck-It Ralph!