Editorial: Why does it seem like game hardware doesn't have a long lifespan? 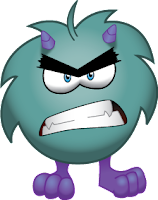 Like most gamers, I have more than one console. Like few gamers, I have consoles that span decades! I have been gaming since the 80's, and with the exception of an Atari 5200 destroyed by a hurricane, I still own them all. A working Atari 2600, NES, SNES, N64, Gamecube, Sega Genesis, multiple working Saturns, Dreamcasts, PS Ones, Turbo Duo, TG-16 /w CD, 2 Neo-Geo MVS units and more! All with dozens of games, all work. What I have noticed is that with the last 2 generations aren't as "durable" as the consoles of the past.

Starting with the original XBOX and Playstation 2, gamers have had issues after a couple of years. I am on my 3rd PS2 and XBOX system. My first XBOX actually fried due to a surge and was hanging on a cubicle wall for years. My 2nd had a hard drive failure. It has since been repaired, but it was a hassle to loose all my saves. XBOX 3 is still alive and kicking. My first 2 PlayStation 2's both had laser failures, and were sold for scrap. The current one has had it's laser re-aligned a few times over the years. All this was before the current gen of consoles hit shelves!!!

The XBOX 360 and PlayStation 3 are both no exception. My launch 360  had a RROD, and after a couple of years, I manage to get it working again with the help of a heat gun. Now just this past weekend, my PS3 suddenly shut off 2 minutes into a Netflix show. All attempts were met with 3 beeps and a power down! After closer inspection, it seems  my launch unit has been hit with the dreaded YLOD!

I own consoles spanning 3 decades and 2 consoles that are younger than my marriage have both had/are having near death experiences?

Why is that? Are companies just cutting corners? Are they building substandard products?

Well, there are various factors. To push gaming to what we have today, more and more get added to our consoles. We have more moving parts with CD/DVD/BD drives and hard drives. CPU's and GPU's run significantly hotter. More and more components equals more points of failure.

I will not quote internet failure stats as they fall under my high school teacher's 3 lies, but I can quote what I have personally been though.

That's a lot of cash. Don't get me wrong, I enjoy my games, but by income no longer allows me to go and buy another on the spot if I have a failure. I am not alone in this. With pay cuts, lost jobs, new jobs, etc... it's getting harder for some gamers to keep up the habit.

Luckily, I think my PS3 may be repairable, but I come from an IT background. Others would be inclined to just sell off their games and accessories as buying a replacement is not affordable and repairing is is either expensive or just unknown to them. Considering most consoles tend to be sold at a loss, most companies make money from the games. If a consumer looses a system, then games aren't sold. With that mentality, why can't just a bit more thought be placed in consoles? With the current systems, using a BGA package seems to be an issue with the initial launch systems have an issue with heat which requires a reflow to be done. I understand that an extra couple of dollars could equate to a loss for companies, but if a launch PS3 was $599, i would have gladly paid a couple of dollars more to make sure my system lives longer.

Am I jaded? Pretty much yes. At the same time, I am eagerly awaiting the next gen of consoles. Rumors point to the PS4 being announced on the 20th, with the next XBOX possibly being shown at E3. Chances are I will be in line with cash in hand knowing full well that it would be a miracle if it survives longer that 5 years.

What do you guys think?