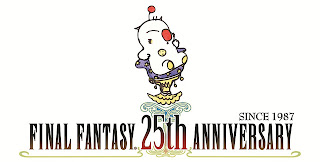 A dozen Final Fantasy games will be 50% off, follow the break to see which ones!


You made it? Good, cause this is a sweet sale and worthy of any and every Final Fantasy fan!

These games are part of this amazing sale:

Add to that, on your PS3 and on the go via your PSP, or PSPGo?

Final Fantasy IV : Complete Collection, which includes the sequel to FFIV : The After Years, and the 'Interlude Chapters' as well, will run you a ten spot. That's $10, peeps.

Might as well title this sale, Grand Theft RPG.

Sale starts tommorow, so grab some extra memory cards if need be and stock on what will be a massive addition to any RPG lovers PSP library!