By Unknown - February 18, 2013
Today Sony of Japan let loose a pair of somewhat anticipated announcements. Well one more anticipated than the other in my opinion, but you can be the judge of that.

Alright, well first off Sony announced a price cut for the Playstation Vita system, knocking it down to 19,980 yen, or about $215 American. This is set to take effect on 02/28/2013 and looks to be a flat rate price for the 3G Wifi version and the Standard Wifi version, respectively.

Currently there are no price drops mentioned for the US or PAL markets. However, given the current status of the gaming system in these markets, its poor sales, coupled with a severely lacking library, I believe it is only a matter of time before we see the announcement from Sony.

The Vita is a powerful system, capable of such amazing things, and yet it seems Sony has not truly found a true way to harness this mammoth system, and compliment it accordingly. It almost reminds me of the Nintendo 3DS system, which also saw lacking sales and an equally lacking library, till Nintendo saw fit to give it a much needed price drop, and then things happened nearly overnight.

It sold like crazy, and a library of stellar games soon followed to meet the demand for the systems sold, and now we have the system that many call Nintendo's 'bread and butter', as it is easily carrying the company through its somewhat troubled Wii U launch, which was also troubling in its own right.

Sony I believe it taking a page from Nintendo, and I believe it is a step in the right direction. The Vita needs this price cut, it needs a fresh crop of games. It needs imports, and domestics releases alike. PSN needs an overhaul, and PSP games need to be able to play on the Vita, and more so--- we need LESS ports, and more original games!

I am a fan of of ports, don't get me wrong here. But even Nintendo had to see the light of day, and lessen the amount of 'ports' for the 3DS, and get that 1st party line up cranking again. With the release of games like Fire Emblem : Awakening, Paper Mario : Sticker Star, New Super Mario Bros. 2, and upcoming releases for Animal Crossing, Luigi's Mansion 2, Pokemon Mystery Dungeon, they are doing exactly that. Mind you, that is not even counting the 3rd party games either, or the 'E-shop'.

So go for it Sony, run with that price cut! Bring it westward, and get those games out. Give us imports, and ramp up that PSN library, and show us what the Vita can actually do!

As a gamer, I am looking forward to this and will be watching Sony carefully in regards to the Vita.

Now for the other announcement! 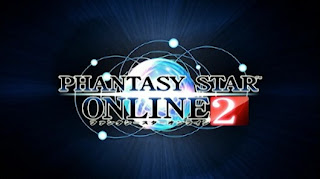 Sony has given us a release date of 02/28/2013 for Phantasy Star Online 2, details can be seen towards the middle of this page and further more, there is a Vita Bundle (Ice Blue) as well on the bottom of that same page. 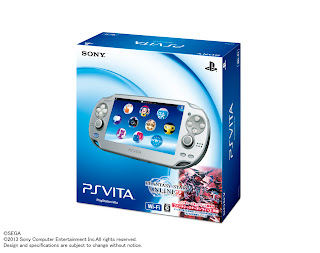 Still no announcement for a western release, but that's alright. This is one step closer, and a step in that right direction I referred to earlier in this very article.

There was also a PSO game titled Phantasy Star Online III : C.A.R.D. Revolution, which was a card based combat game for the Nintendo Gamecube.

Of course the above description of the series is insanely brief, so get to work and learn up if you're not familiar. I promise, it will be worth your while.

So get to work!