Editorial: Whats with all the bashing? 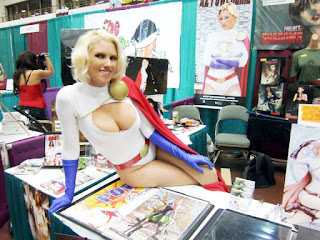 As of late, a lot of bashing towards cosplayers has been going on. From the quality of costume, sexiness, to the cosplayers race or figure, it makes me wonder... WHY?

On Facebook, many cosplayers as of late have had issues from people reporting them or the lewd or rude comments from people. Seriously, has the anonymity of the Internet just caused people to be dumb? Sure, you have the right to voice your opinion, but so does everyone else. If you don't like something, but it's not affecting you personally, then keep going.  If it's a website, don't go there anymore. Facebook? Unlike the person or page. If it's within the terms and conditions of the site, then why bother?


These are people that DO work hard on what they do, and you know what? They all deserve credit for it, not insults, complaints, nastiness and obscene comments.

To the people that complain, how would you like it if people started bashing you for something you did, liked, or believed in?

I worked the better part of a year on South Beach in Miami Fl and I have seen all types of people walk in wearing next to nothing. Did I complain? No... They were still clothed, within the parameters of the law. They had the right to do so. Who was I to complain? I carry that mentality online as well.

The next time you see something online that you don't like, just go somewhere else. Nobody gets hurt and a lot of useless drama is avoided...

In case anyone is wondering what's brought this up. AZ Powergirl, who we have had the chance to chat with a last years San Diego Comic Con and the Las Vegas Comic Expo, is the latest cosplayer to have to deal with some unnecessary complaints and stupidity on the Internet.