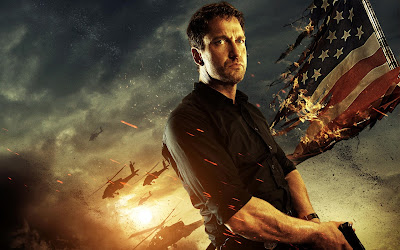 Gerard Butler’s latest film is Olympus Has Fallen. And I can basically sum it up in one line. It’s Die Hard meets Air Force One.

But that’s just the tip of the iceberg. What Olympus Has Fallen actually is, is a rollercoaster ride of excitement and action. Read my full thoughts after the jump. 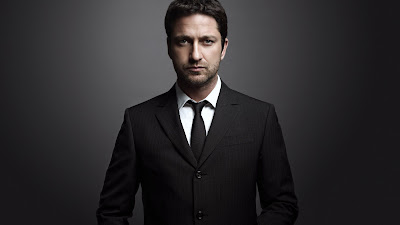 Gerard Butler has had what I like to call a difficult career. He’s always been on the cusp of mega stardom, but never quite making the jump of say Russell Crowe or Harrison Ford. Olympus Has Fallen will not be the push that he needs, but it is a fantastic thrill ride. Butler delivers a great performance as a secret service agent who ends up in a bad situation because of a good call he made. Gerard is good at delivering the role of a kind hearted man with a killing machine locked away inside him.

The basic premise of the film (if you haven’t already surmised it from the trailers) is that a team of Korean (North, not South) baddies devise a plan to take the White House and the President of the United States in a carefully coordinated terrorist attack. Needless to say, they succeed. And the only man who can stop them is Secret Service Agent Mike Banning. 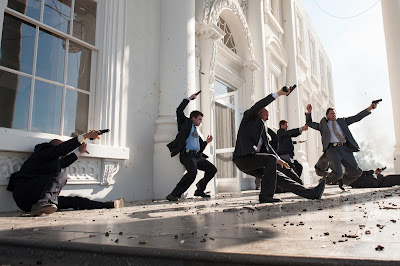 The attack itself is pretty clever. Though my one HUGE gripe is the C-130 aspect of it. I promise this will be my only spoiler so if you don’t want to read it, skip this paragraph. The C-130 basically waltz’s into Washington airspace and gets within 10 miles of the White House BEFORE they are met with 2 F-22’s who threaten force if they don’t turn around. I call BULL$#!+. If a C-130 (basically a flying tank) got that close to D.C. without being blasted from the skys, then something is dreadfully wrong with our military. The truth is that sucker would have been blown to bits before it made the eastern seaboard. But alas, looking past that, the rest of the action is within the realm of feasibility and thus eerily scary. 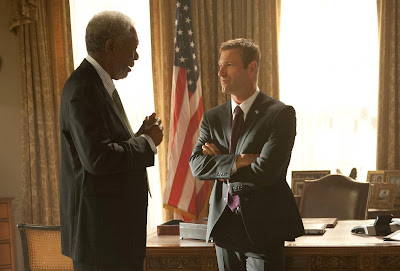 Aaron Eckhart plays the President and delivers a great performance. He’s basically Harvey Dent before the gasoline and anger management issues. Aaron seems to have these kinds of roles figured out. A powerful man with good intentions and a strong moral fiber who is thrust into a conflict that he isn’t fully ready to deal with. It’s cliche, but Aaron is such a likable chap, that we root for him the whole movie. 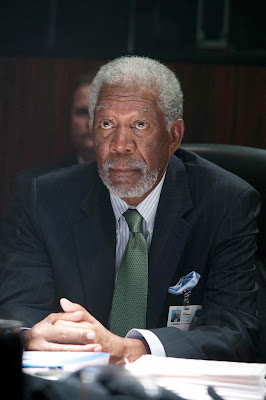 Morgan Freeman’s play as Speaker of the House is just plain ol’ Morgan Freeman doing what he does best. Acting the *expletive deleted* out of this movie. Seriously, is there anything that Morgan Freeman can’t play? He’s been GOD for pete’s sake. 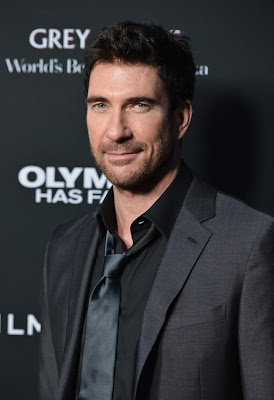 The rest of the cast is filled with some great talents who also haven't had the best of times in Hollywood lately. Dylan McDermott, Cole Hauser, Angela Basset and Ricky Yune all do their best to turn in great performances and I can't really say anything negative. They all did well. Thought Dylan's character's motivations are a bit weak. It's more the scripts fault than Dylan's. 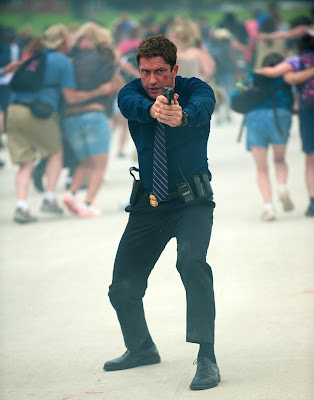 The action is tight and fast. Scene’s play out with military-like precision. If you like the Bourne movies, then this is what you can expect. Gerard takes the physicality of this role with ease (after 300, everything else is probably a cake walk). He is very convincing. Even playing subtle movements and mannerisms that I would expect from a person with his skill-set. Every scene is like a military ballet. But without the Michael Bay-like cut speeds. 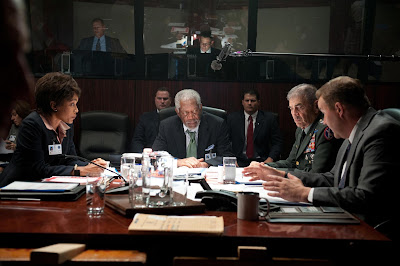 If you need your “Guy Movie” fix, Olympus Has Fallen will deliver it. Tell the ladies to stay home. Because this is all action.