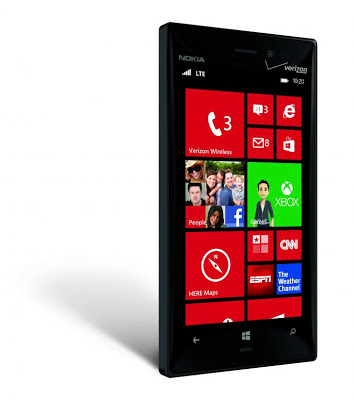 Nokia just sent out a press release announcing one of the worst kept secrets, Verizon's Lumia 928. A CDMA variant of last years Lumia 920, which ISN'T a bad thing. Verizon customers can now experience what GSM users have for almost a year, quite possibly the best Windows Phone 8 device!

Read the full PR aft the jump
From Nokia: 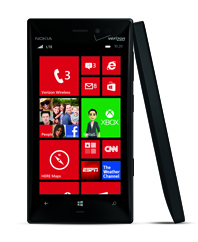 With Nokia's award-winning PureView imaging innovation, including optical image stabilization, the Nokia Lumia 928 enables people to capture bright, blur-free photos and videos, even in low light conditions such as indoors or at night. Great looking images come easily when snapping them with the smartphone's 8.7MP camera featuring a high-quality, wide angle Carl Zeiss lens. The Nokia Lumia 928 also comes with powerful Xenon flash to freeze the moment.
In addition to amazing imaging and video capabilities, the Nokia Lumia 928 offers rich distortion-free audio capture, even in noisy conditions. Built with three high-audio-amplitude-capture (HAAC) microphones and one of the most advanced loudspeakers available for smartphones, people can record and play back the sound just like they first heard it, all the way up to 140db - the sound equivalent of an airplane taking off.  These features shine when using Vyclone, a new app for Windows Phone that lets people co-create, sync and edit multiple views of a shared moment.
"Whether you're attending a party, a concert or a sporting event with friends, the Nokia Lumia 928 excels at capturing high-quality video, audio and blur-free photos of life's most share-worthy moments," said Matt Rothschild, vice president, Nokia North America. "Verizon Wireless customers, we heard you and the wait is over - we're excited to offer a Nokia flagship smartphone, specially designed and optimized for the nation's largest 4G LTE network."
At first touch, the Lumia 928 feels sleek, solid and fits perfectly in the hand. The stunning new smartphone introduces a 4.5" OLED display delivering crystal clear, bright content with great outdoor visibility and a fast, responsive touch-screen even when your fingertips are covered up. The glass extends to the very edge of the phone for a high-end feel.
The Nokia Lumia 928 includes access to signature Lumia apps including the complete set of the feature-rich, intuitive and customizable HERE experiences. HERE Maps, HERE Drive+, HERE Transit** and HERE City Lens help people navigate their life every day. Using Nokia Music with Mix Radio, people can enjoy unlimited streaming of free music playlists with the option to create personal playlists and download for listening offline. Digital camera lenses and apps, including Smart Shoot, Cinemagraph, Panorama, and Photobeamer**, enable people to unleash their creativity.
The Nokia Lumia 928 also comes with built-in wireless charging; just lay it down to power-up, it's that easy.
Powered by Windows Phone 8Windows Phone 8 offers a truly personal smartphone experience, with an iconic Start screen that can be easily arranged to reflect individual priorities and animated Live Tiles for real-time updates on the people and things that matter most. With the same modern look and feel, Windows Phone 8 is built to work seamlessly with Windows PCs and tablets, Microsoft Surface devices and the Xbox 360 console so that files, music, pictures and videos can be accessed in whichever way is most convenient. The Windows Phone Store features more than 145,000 apps for customers to choose from, with hundreds added every day. Getting things done while on-the-go is easy with Internet Explorer 10 for faster, safer browsing and Microsoft Office Mobile integration.
Availability
The Nokia Lumia 928 is available for purchase in white or black at Verizon Wireless stores and online beginning Thursday, May 16 for USD99 after a USD50 mail-in rebate, with a new two-year customer agreement.  For a limited time, get a USD25 credit for Windows Phone apps and games with the purchase of a Nokia Lumia 928.*
Also available through Verizon Wireless is a range of Nokia wireless charging accessories to keep you conveniently charged at home, at work or in the destinations in between.  The accessories include: the JBL PowerUp Wireless Charging Speaker for Nokia, Nokia Wireless Charging Plate DT-900 and the Nokia Wireless Charging Pillow by Fatboy DT-901.
Nokia Lumia 928 product specifications: