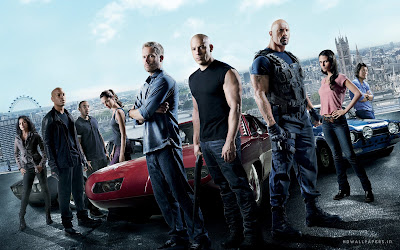 Can you believe that there have been 6 Fast and Furious movies? 6! That's a LOT of car chases. Not bad for what some would consider a mediocre film that caters to a specific crowd. Well, Fast 6 is out and let me tell you, it's quite possibly the Fastest and most Furious of the films to date. Hit the jump for my thoughts. 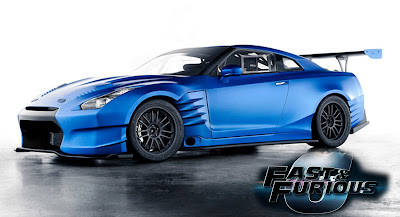 The Fast and the Furious movies are well known for many things. Fast cars, crazy stunts, lovely ladies, and basically Vin Diesel. What they aren’t usually known for is over the top Michael Bay-esque action. That’s what makes Fast 6 stand out above the rest.

Let me be clear. The Fast and the Furious films have always had action. Car chases, gun fights and what not. But this is something else. This is entering into Expendables territory. Yeah there are still amazing car stunts and gun fights, but you can’t have someone like Dwayne “The Rock” Johnson in your movie and not bring the pain. And brother, they brought it. 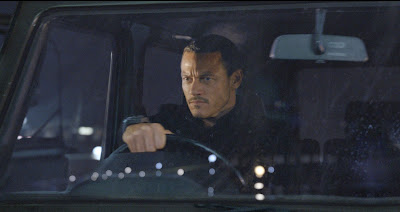 First off the plot. It’s pretty simple...which isn’t that surprising. We ARE talking about the Fast movies. An elite team of terrorists have been running a muck in London stealing parts to build some sort of weapon. This team also just happens to be some of the best damn drivers on the planet. So naturally, when Dwayne Johnson’s Luke Hobbs finds this out, he thinks of the perfect solution. Get a team of his own criminal driving experts to help take them down. 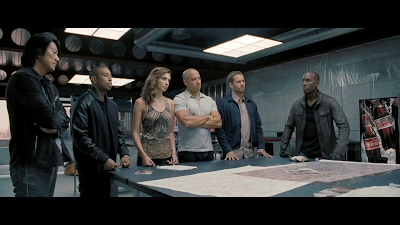 The Fast and the Furious 6 “brings the band back together” as it were to accomplish something great. You can tell that the cast is used to working with each other. They have a great chemistry that shines throughout the film. 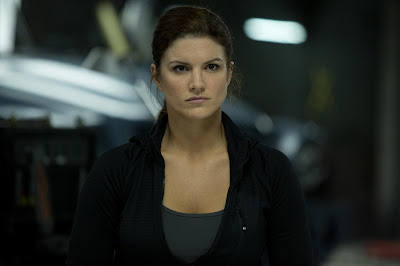 In addition to the core team is a personal favorite of mine, Gina Carano (Haywire/American Gladiators/Bad @$$ Muay Thai fighter) as Luke Hobb’s new partner, Riley. Gina is that rare combination of authentically gorgeous and deadly. She delivers great stuff in the time allotted to her. 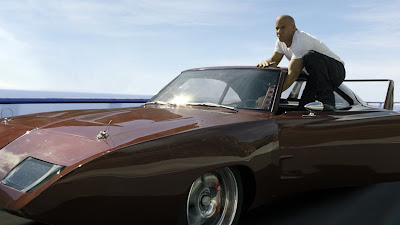 The cars are of course awesome! Anytime I can see classic American muscle on screen, I am giddy. Fast 6 mixes it up and brings a plethora of makes and models. Including a sexy Dodge Charger Daytona. Mmm, Mmm Good. One of the things that I love about the Fast series is the way they make cars do the impossible. It must be a real treat working on their stunt team. Top notch work here.

Action, Action, Action! Fast and Furious 6 delivers action in spades! From the moment the movie starts, you’re taken into intense driving scenes and @$$ kicking fight scenes. If you love action, then this is YOUR Fast and Furious movie. Dwayne Johnson and Vin Diesel are no strangers to action, but they have a great rivalry chemistry that makes it all that much more fun.

To call Fast and Furious 6 a “Guy” movie is an understatement. Fast 6 is a rollercoaster ride of over-the-top stunts and action that shouldn’t be missed.