We managed to pick up Tommo's, licensed by SNK, Neo Geo X console a couple of weeks ago. As an owner of 2 MVS systems and roughly 15 Neo Geo MVS carts, I figured why not. Even with the ability to already play Neo Geo games on my computer, PSP, cell phone, tablet, and more what does this little system give you besides nostalgia? 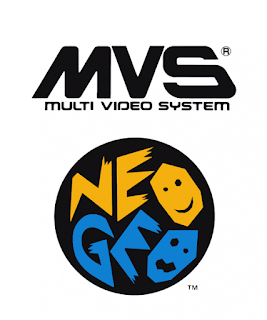 In 1990, SNK released the Neo Geo MVS arcade system, followed up shortly with it's home counterpart, the AES, or Advanced Entertainment System. What set the Neo Geo apart from other consoles was the the home system was powered by the EXACT same hardware as the arcade counterpart. So for the first time, the home port of any SNK game was 100% identical to the arcade version. This unfortunatly caused Neo Geo AES games to be insanely expensive! SNK managed to keep the hardware going until 2004's Samurai Showdown V Special! With a 14 year lifespan, it outlasted almost 4 generations of video game hardware!

Now Tommo, with SNK Playmore's blessing, has released the Neo Geo X! Let me get this out of the way first.. This is not a real SNK console, but a handheld running a custom version of Final Burn Alpha.

Lets start share we?  Tommo went out of it's way to give Neo Geo fans a trip down memory lane! The box looks like a Neo Geo AES system, similar to the original.

Also, the system comes with a docking station that looks like a small AES system. The dock's top pops open allowing you to plug your Neo Geo X unit to play on a large screen via composite or HDMI.

Also included is a replica Arcade Stick! This stick unfortunatly is not identical to the original. It's very light and plasticy. On the plus side, it is USB based, and seems to work on a PC and the PS3 as well.

With all that out of the way, you must be wondering "How's it play?"

The answer is not so simple.  In my hands the unit felt pretty good, with a rubberized back and SNK in shiny plastic. As most people know, the Neo Geo did not support widescreen, which is the default mode for gameplay. this can be changed with a tap of the left shoulder button during gameplay. The gameplay is hit or miss if you own the originals. Since we are dealing with software emulation, die hard Neo Geo fans will be disappointed. Some sound or video effects may be off, but you will not notice if you have never played on real Neo Geo hardware.

With 20 games on board plus a Ninja Masters SD card, you have 21 games to choose from at the start. Tommo will soon release game packs on SD cards that contain multiple games, an updated firmware, and a "Rocket Cable," whatever that is....

Now on to the most important item, the screen. It fails in my book. As solid the system feels, the screen was a massive let down. Very poor viewing angles and color contrast. Neo Geo emulation looked better on my Windows Mobile 6.5 phone a few years back. As the Limited run is no longer produced and the standard, handheld only unit becomes available, I really hope Tommo changes the screen to something better. I have not tried gaming via the dock yet.

Now for some bad news for Tommo, but great for the community. The Neo Geo X's copy protection, or lack thereof,  was been broken. With that said, the system's true potential is being seen. No, not copying your own roms, but seeing how powerful the system can be. Currently the system can emulate the PlayStation One.

Overall the system isn't bad, but the asking price was high for what you got. At half that price, it seems to be worth it!

Our rating:
A better screen would have easily garnered this system a 4.