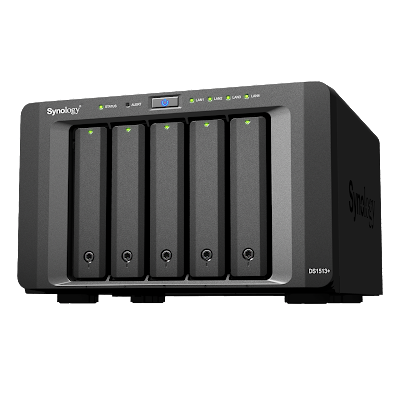 Here's another Synology in 2 weeks! Say hello to the DS1513+,  a 5 bay NAS aimed at the business. What makes this NAS the NAS you want for your business? Besides also running DSM 4.2, which is awesome, it also has:

Support for VMware vSphere 5.1 with VAAI Support, Microsoft Hyper-V, and Citrix XenCenter, which considering I have played with most of these configurations, makes me happy.

New Screw-less drive bays, which means I no longer have to find my screwdriver, which does get lost.... a lot!

It has an estimated MSRP of $879.99. Also it will NOT replace DS1512+, but share shelf space with it, in case you don't need 4 Gigabit ports.. But lets be honest, you know you want all 4 network ports!

Read the full PR after the break! 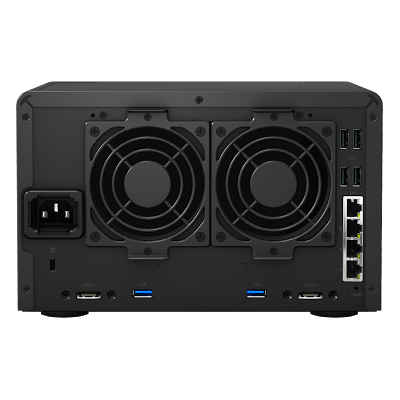 
Synology® Unveils the DS1513+: Optimized even more for SMB, offering Enterprise Storage Features
Bellevue, Washington—May 14, 2013—Synology America Corp. is proud to announce the release of the DS1513+, the latest in Synology’s versatile business-class product line. The DS1513+ features increased throughput, more redundancy, and ease of use for businesses.
The DS1513+ offers what small to medium sized businesses need: High Availability to minimize downtime, increased network load balancing and redundancy, plus the ability to scale out to 60TB of raw storage. The DS1513+ brings high-end enterprise functionality, down to desktop dimensions.
With link aggregation enabled, using all of the four 1Gbps NICs, the DS1513+ can reach speeds of over 200 MB/Sec writing, 350 MB/Sec reading. Additionally, link aggregation provides redundancy for SMB’s in the event that a network node breaks down.
The four 1Gbps NICs of the DS1513+ can also be configured for: MPIO, iSCSI applications, increased throughput, and network node redundancy; for use in a virtual storage environment.
Similar to some of the other models in Synology’s business-oriented plus line, the DS1513+ is designed to have its storage grow along with a developing organization. The head unit features five hot-swappable drive bays that can support both 3.5” and 2.5” mechanical or solid-state drives. By adding two DX513 expansion units, the DS1513+ can accommodate ten additional drive bays; for fifteen bays (60TB raw) in total.
Moreover, the DS1513+ was built for the sustained uptime that a business needs to maximize productivity. When paired with another DS1513+, running Synology High Availability (SHA), both units can keep an office functioning in the event of catastrophic system failure.
“Until now, features like MPIO, and High Availability were only accessible to our RackStation customers.” said Jason Bonoan, Product Marketing Manager of Synology America Corp. “Now, small and medium sized business users can take advantage of that functionality, for a fraction of the cost.”