He IS Iron Man! 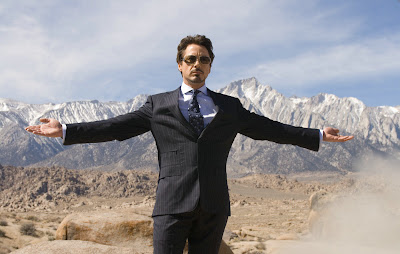 Well it's confirmed. Robert Downey Jr. has been a busy man. He has not only been in 2 of the top 5 grossing films of all time, but he's just solidified his future as Tony Stark for Marvel AS WELL AS signed a deal with HTC to be their pitch man.

I don't know about you, but for a guy who has had a pretty bad run in with addiction and the law, RDJ seems to have really come around. Good for him.

Full PR after the jump.

Here's the press release from Marvel:

Tony Stark’s famous closing line to the very first Iron Man film takes on new life today as Marvel is pleased to announce the signing of Robert Downey, Jr. to reprise the role of the “billionaire, genius, playboy, philanthropist.”

This PR doesn't say anything about an Iron Man 4. So we will simply have to assume that Gwyneth Paltrow wasn't lying when she said there would be no Iron Man 4. Still, It's nice to know that RDJ will be around for the next two Avengers films.

And the news from HTC comes to us via Bloomberg:


HTC has enlisted actor Robert Downey Jr. for a two-year global marketing deal worth about $12 million to promote the Taiwanese company's smartphone brand, according to two people with knowledge of the plans.
Downey will feature in the campaign as himself, not the characters he plays in movies including Iron Man andSherlock Holmes, and will have final say over creative elements, the people said, declining to be named because the talks aren't public. The maker of the slim, metal HTC One handset will likely feature Downey in television, print and billboard ads, they said.
HTC, once the top-selling smartphone vendor in the U.S., has faced a plunge in market share amid product missteps and stiffer competition from Samsung Electronics, which spends about 10 times as much on marketing. Hiring one of Hollywood's top celebrities is part of its attempt to remain relevant among consumers after dropping to ninth place in global smartphone shipments, as Huawei Technologies and ZTE climbed, according to research firm IDC.
"We have nothing to announce today on a new marketing campaign," Sally Julien, a spokeswoman for HTC, wrote in an e-mail. The HTC One smartphone's "all-metal design has drawn overwhelmingly positive feedback from media and consumers alike. Anyone with a penchant for metal should be able to appreciate its appeal."
Alan Nierob of Creative Artists Agency, which represents Downey, didn't immediately comment.
Basically...It's good to be RDJ.