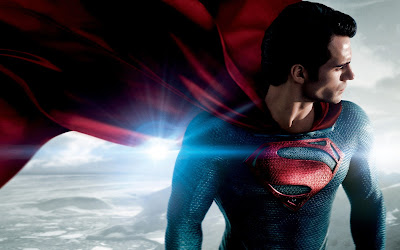 This weekend, Warner Bros. released The Man of Steel on to the masses. So in a world dominated by Captain America, Thor, The Hulk and of course Iron Man, how does this version of the titular character stand up to the might of Marvel? Find out my thoughts after the jump. 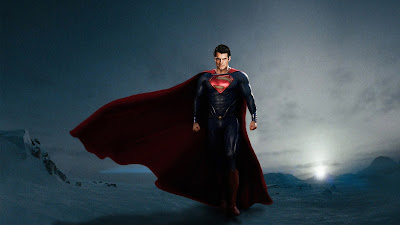 In a word? Super. That’s about the best way to describe The Man of Steel. Don’t worry, I’m not going to be so cheap as to write a one-word review on something as momentous as the return of DC Comics true champion. It’s worth writing a bit more about than that. Sorry Batman, you’re our Dark Knight and we love you, but we all know Kal-El is DC’s tentpole.

In case you’ve been living under a rock for the past 75 years, The Man of Steel is a reference to the DC Comics character, Superman. Superman as a product has gone through quite a lot over those 75 years. Comics, Toys, Cartoons, Comics, TV Shows, Comics, Movies and oh yeah, did I mention Comics? As a film franchise Superman has had it’s successes as well as what some would call missteps. I’m going to try not to get into any of that here. This is about Man of Steel. Trust me when I say, what came before is nothing in comparison.

This movie IS Superman. The film starts as it should. In final days of Krypton. Russell Crowe plays the wise Kryptonian Scientist Jor-El. In a desperate yet futile attempt to reason with the Government, (Like THAT ever works.) Jor-El pleads with them to give him permission to preserve the future of their race. After that plan inevitably fails, Jor-El is left with no choice but to defy his Government and send his only son, Kal-El, away. Krypton’s last hope. Russell Crowe plays a Jor-El who is not a pencil pusher. He is a fighter. He believes in his cause and he does what it takes to get the job done. Russell is a GREAT Jor-El. 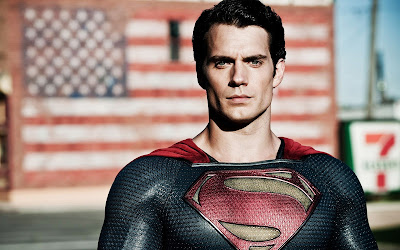 Henry Cavill (The Count of Monte Cristo, The Immortals) plays Clark Kent (Kal-El). He is by far the most accurate physical embodiment of Superman that I’ve seen. Henry has a great air about him. His poise, his voice, everything about Cavill screams Kal-El. It really is supremely impressive how well he falls into the role. In Cavill’s Superman, we see the hope that Jor-El has for us as a race. Superman is a symbol of that hope. 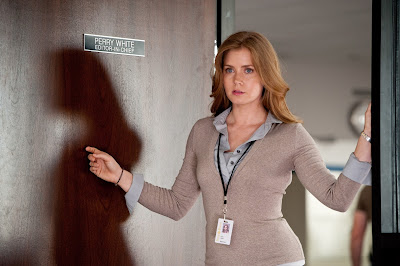 Amy Adams (Enchanted, The Muppets) plays the ever endangered, intrepid reporter, Lois Lane. Amy’s Lois is not a far departure from any other incarnation of Lois. Though she does come across far more believable as a reporter than Margot Kidder’s Lois ever was. Gone are the screaming matches between Perry White and Lois. Gone is Lois’ penchant for grammatical errors. Amy Adam’s Lois Lane is a confident woman who chases her stories with drive and gusto. Of course this doesn’t stop Lois from doing what she always does; put her life in harms way. 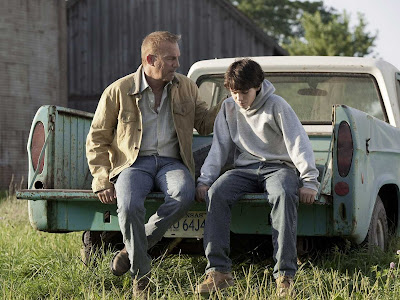 Kevin Costner and Diane Lane play the Kents. Kevin delivers some of the most profound moments in the film. His moments are small and fleeting, but they hold the most weight. Pa Kent is afraid for his alien son. Afraid that humanity fears what they don’t understand. That they will hate and fear him. Try to hurt him, if they can. It’s an understandable fear. It’s a truth that the Human race has yet to evolve past. And I can’t blame Kent for one single minute for thinking that. 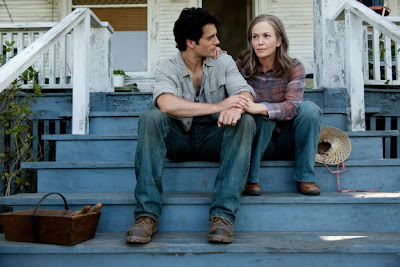 Diane Lane is Ma Kent. She doesn’t get much to do in Man of Steel, but she delivers strong emotional moments when she can. I love Diane Lane and she is a brilliant if underused asset to this film. 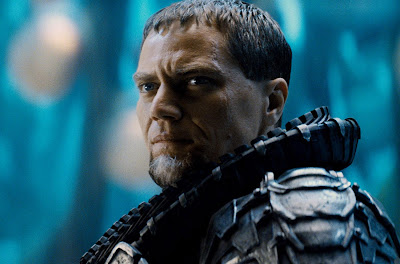 The antagonist is General Zod. Michael Shannon (Jonah Hex, Pearl Harbor) gives a steely gaze of rage and keeps it on for the rest of the movie. Zod is a soldier through and through. He is tragic in a way. Tragic in that he is genetically predisposed to fight for Krypton’s survival. No matter the cost. It’s this genetic predisposition that drives him forward. When Kal-El refuses to help him, Zod turns that steely gaze of rage towards Superman’s precious humans.

Everyone in the cast does great. I say that a lot, but I also mean it every time.

Gone from Man of Steel are the fun quirky moments of Superman (1978). Henry Cavill is not the bumbling Clark Kent that many know and love. It’s not his fault. Clark Kent isn’t really in the movie. Not in the conventional sense.

This is Christopher Nolan and Zack Snyder’s Superman. He is conflicted. Emotional. Driven. Driven by an overwhelming feeling to do more than hide. For lack of a better word, It’s a “darker” vision of the Kryptonian savior. Everything about Man of Steel is “darker”. Visually, the color palette is muted. More grounded. It’s “darker”...but still lighter than the recent Batman trilogy. It’s hard to explain. Man of Steel is what I have always seen in Superman. Zack Snyder completely nails it. “Darker” is the word people are using, but it’s really not what you think. If you’ve ever read Alex Ross’ epic Kingdom Come book, you’ll know what I mean by “darker”. Make no mistake though, Zack Snyder’s Superman is a clear beacon of righteousness in this world.

Now on to what you really want to know. How is the action? The action is holy-f’n-crap good! This movie shows exactly what it would be like to fight Superman. Super fast, Super strong, Super painful. The sheer amount of destruction that takes place in this film is beyond comprehension. Even The Avenger’s saved more of New York’s skyline than Kal-El could do for Metropolis. It’s pure Armageddon. Man of Steel is physically exhausting. Literally. I was emotionally and physically spent. It’s extremely intense. By the time Superman prevails in the end, you are overwhelmed emotionally by what has just happened.

Man of Steel is a Superman who could exist in Nolan’s Gotham City. Don’t be surprised if that’s what happens. After The Avengers, Warner Bros. has been running around like a chicken with it’s head cut off trying to figure out a way to make their characters into bankable film franchises. 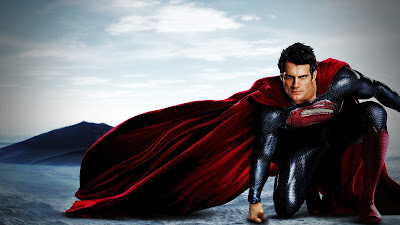 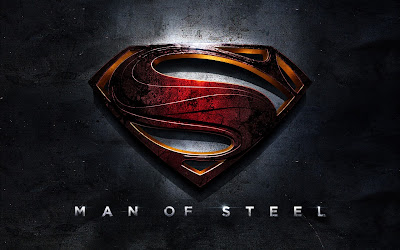 With intense scenes of heart, strength and wall-to-wall action, Man of Steel impressed me in ways that I never knew Warner Bros. could. Snyder has made not-so-subtle jabs at Marvel’s recent string of success. He’s basically putting Marvel on notice. If Man of Steel is what’s to be expected from a unified DC cinematic universe, Marvel had better be careful. Not scared....just...careful.