Sony Shows Of Shadow Of The Beast For The PS4?

This was just shown off at Gamescom and has me conflicted. One one hand, it's freaking Shadow Of The Beast, the Psygnosis made sidescroller from the Amiga and 16-bit console gaming days. On the other, Sony closed Studio Liverpool, the studio formerly known as Psygnosis earlier this year. It feels kinda like a punch to the face to show a revival of a title that was well regarded by many AFTER they shut you down.

Visually, the game was ahead of it's time, with bright, solid colors; parallax scrolling on the ground and skies, and a great soundtrack.

I hope that this game does get released and is great! 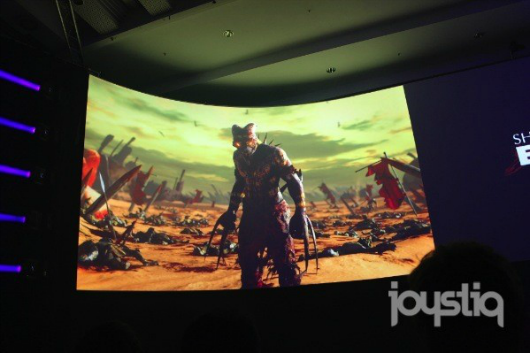