Udon is celebrating its 10th anniversary with its 150th published book, Street Fighter Origins: AKUMA! We picked up the hardcover variant at the San Diego Comic Con last July, and it's a work of freaking art! Granted, I am an Akuma fan! 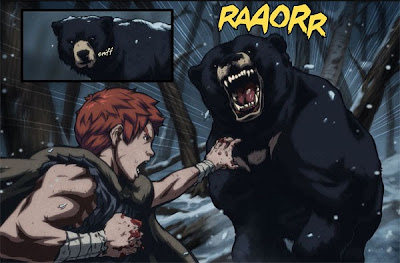 Read the full press release after the break!

In August 2003, UDON Entertainment made its first foray into publishing with the release of Street Fighter #0. The realization of UDON founder Erik Ko’s desire to pay tribute to the video game series he loved, Street Fighter quickly became one of the bestselling comics in the industry and marked UDON as a company with a strong commitment to top-quality art and writing. That commitment now culminates in UDON’s newest release, its 150th published book, and the 10th Anniversary of UDON’s Street Fighter comics: STREET FIGHTER ORIGINS: AKUMA!

Akuma! The world’s most feared martial artist, mentioned only in whispers. Few have dared to challenge him, and even fewer have survived to speak of the nightmare! Master of the Fist, wielder of the Dark Hado… but he was not always trapped on the path of chaos. Featuring story by Chris Sarracini and art by Joe Ng, this original graphic novel mixes a surprising and intense coming-of-age story with the all-out action that Street Fighter fans love! Street Fighter Origins: Akuma reveals the secrets of this dark figure’s past for the first time, and shows how a frustrated young man grew into the mad demon! Check out a preview of the first chapter at ComicsAlliance.com! 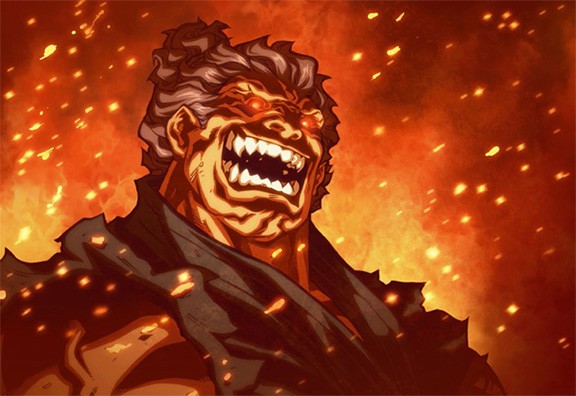 Over the last 10 years, UDON has worked closely with CAPCOM, the shepherds of the Street Fighter franchise, to bring to life the continuing adventures of Chun-Li, Ryu, Ken, and all of the World Warriors! Working with past publishing partners Image Comics, Devil’s Due, and then finally striking out on their own, UDON has chronicled these adventures through over 1000 pages of various Street Fighter comic series, and now has moved into a new phase of producing original hardcover graphic novels! Following up on this spring’s all-new Super Street Fighter Volume 1: New Generation, today’s release of Street Fighter Origins: Akuma cements this new, oversized, hardcover format as the ultimate version of these new adventures! Street Fighter Origins: Akuma is a 128 page, hardcover original graphic novel retailing for $34.95. It is available in comic stores, book stores, and wherever comics are sold. To find a comic book store near you, visit http://www.comicshoplocator.com. In addition, Street Fighter Origins: Akuma is available digitally from ComiXology. Find it and other UDON releases at http://www.comixology.com/Udon/comics-publisher/48-0.

How do UDON's Street Fighter Comics and Graphic Novels compare to the classic video game series? Check out his timeline of all available books! --

Want to know the secrets of the World Warriors BEFORE the games even started? Check out these great stories! 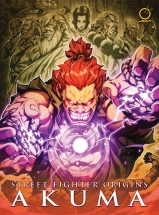 Street Fighter Origins: Akuma. By Chris Sarracini and Joe Ng. The origin of the most feared fighter in the world! Available in the brand new oversized hardcover format!  Available Now Amazon.com 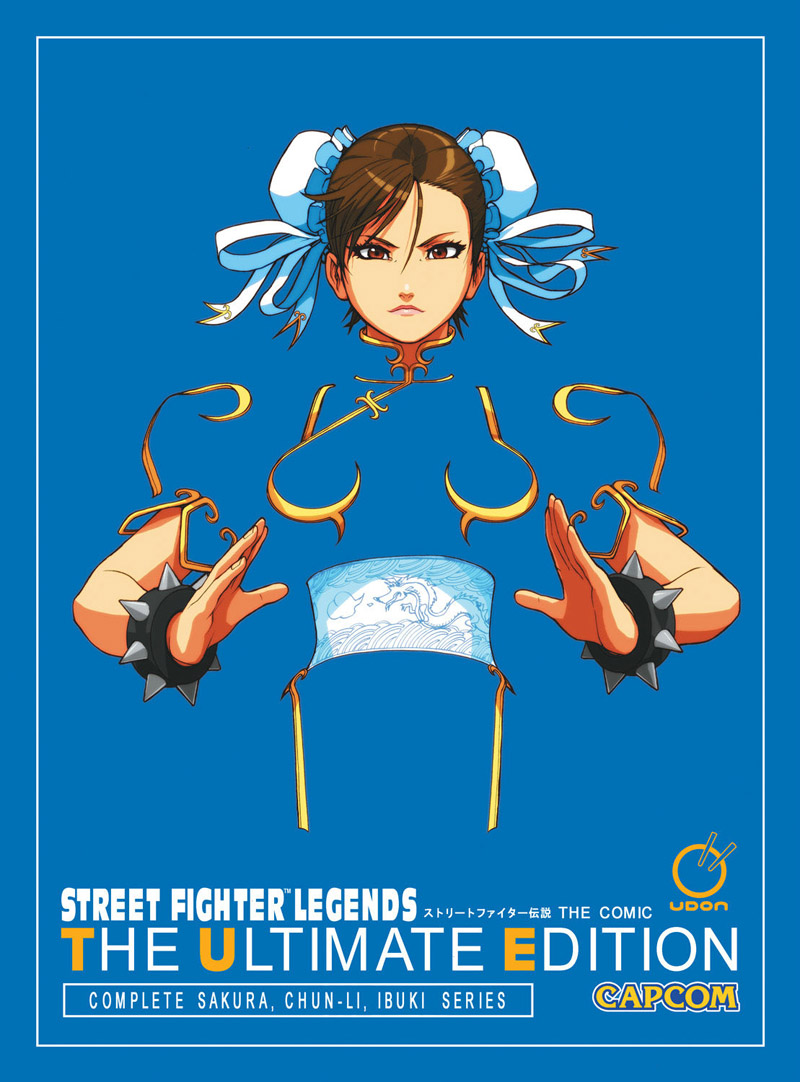 Street Fighter Legends: Ultimate Edition By Ken Siu-Chong, Jim Zub, and Omar Dogan The secret origins of three of the fiercest female warriors in the world! Follow Sakura on her worldwide training to follow in Ryu's footsteps! Join Chun-Li as a fresh-faced recruit on the Hong Kong police force! Thrill to the adventures of teenage ninja Ibuki as she tries to balance her everyday school life with her deadly training! More than 350 pages of action, adventure, and fun! Available Now Amazon.com --

Street Fighter became an international smash-success with Street Fighter II in arcades... but what led all of the World Warriors to enter the infamous tournament, held by Shadaloo?! 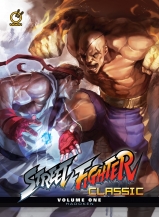 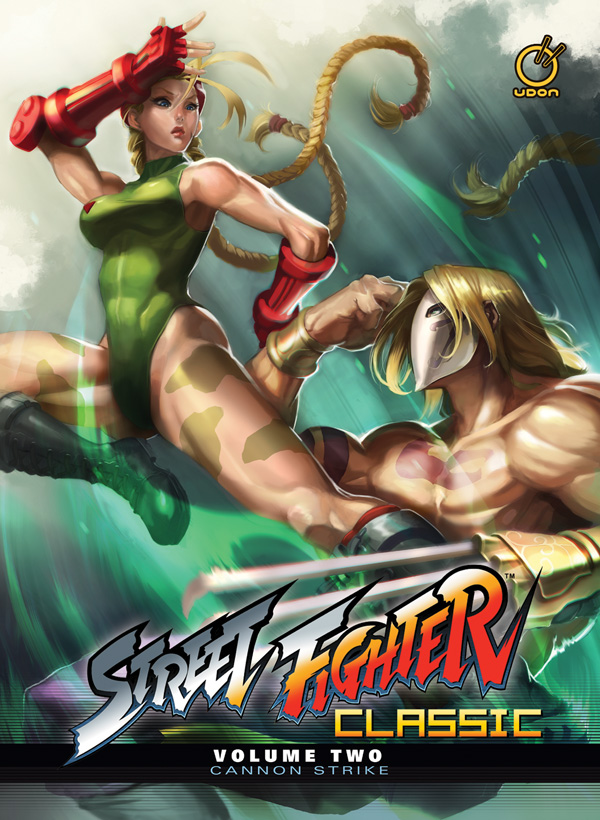 Street Fighter Classic Volume 2: Cannon Strike By Ken Siu-Chong, Arnold Tsang, Alvin Lee, Andrew Hou, and various. In Volume 2, Ryu trains with both the mysterious Dhalsim and former assassin Gen as he searches for the true path of the warrior. Meanwhile, Cammy and T.Hawk team up against M.Bison and his army of killer Dolls! Collects the original Street Fighter #11-14, Street Fighter II #0-6, and bonus stories! Oversize HC Format Amazon.com --

It's finally here, the World Warrior tournament depicted in the most amazing and over-the-top way possible! 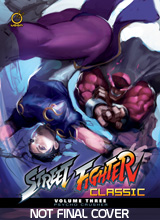 Street Fighter Classic Volume 3: Psycho Crusher By Ken Siu-Chong, Chamba, and various. The World Warrior Tournament is here! Ken, Chun-Li, Blanka, and all of the World Warriors face off against the murderous members of Shadaloo... but the real battle is between Ryu and Akuma...! Collects Street Fighter II Turbo #1-12 and bonus stories! Coming 2014 --

Go beyond the video games as UDON tells stories that can only be told in the comics format! Street Fighter III's storyline, now with all of the fan-favourite Street Fighter IV characters retroactively inserted! 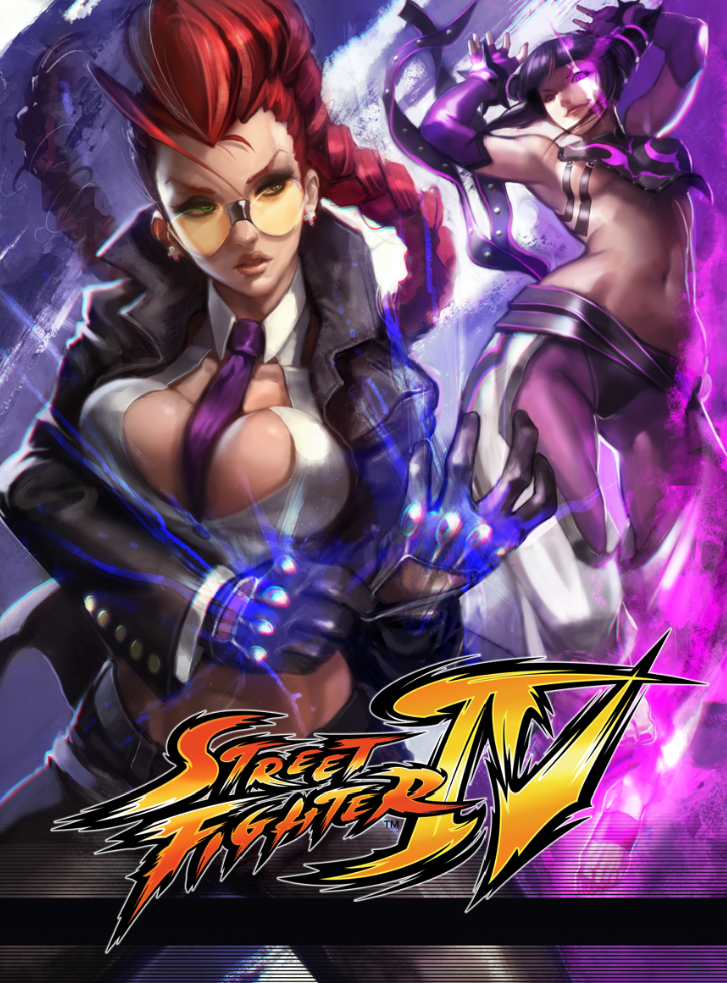 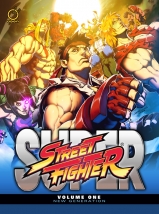 Super Street Fighter Volume 1: New Generation By Ken Siu-Chong, Chamba, and Various Street Fighter returns to comics in an all-new, original, hardcover graphic novel series! Set at the beginning of the Street Fighter III era, but featuring all of the new SFIV characters! Join Alex as he hunts for the mysterious cult-leader Gill, and follow the story of Sakura as she falls to the power of the dark hado! All-out excitement and pulse-pounding battles! Super Street Fighter Volume 1 starts the World Warriors on the path to their greatest challenges yet! Oversized Hardcover Format. Amazon.com 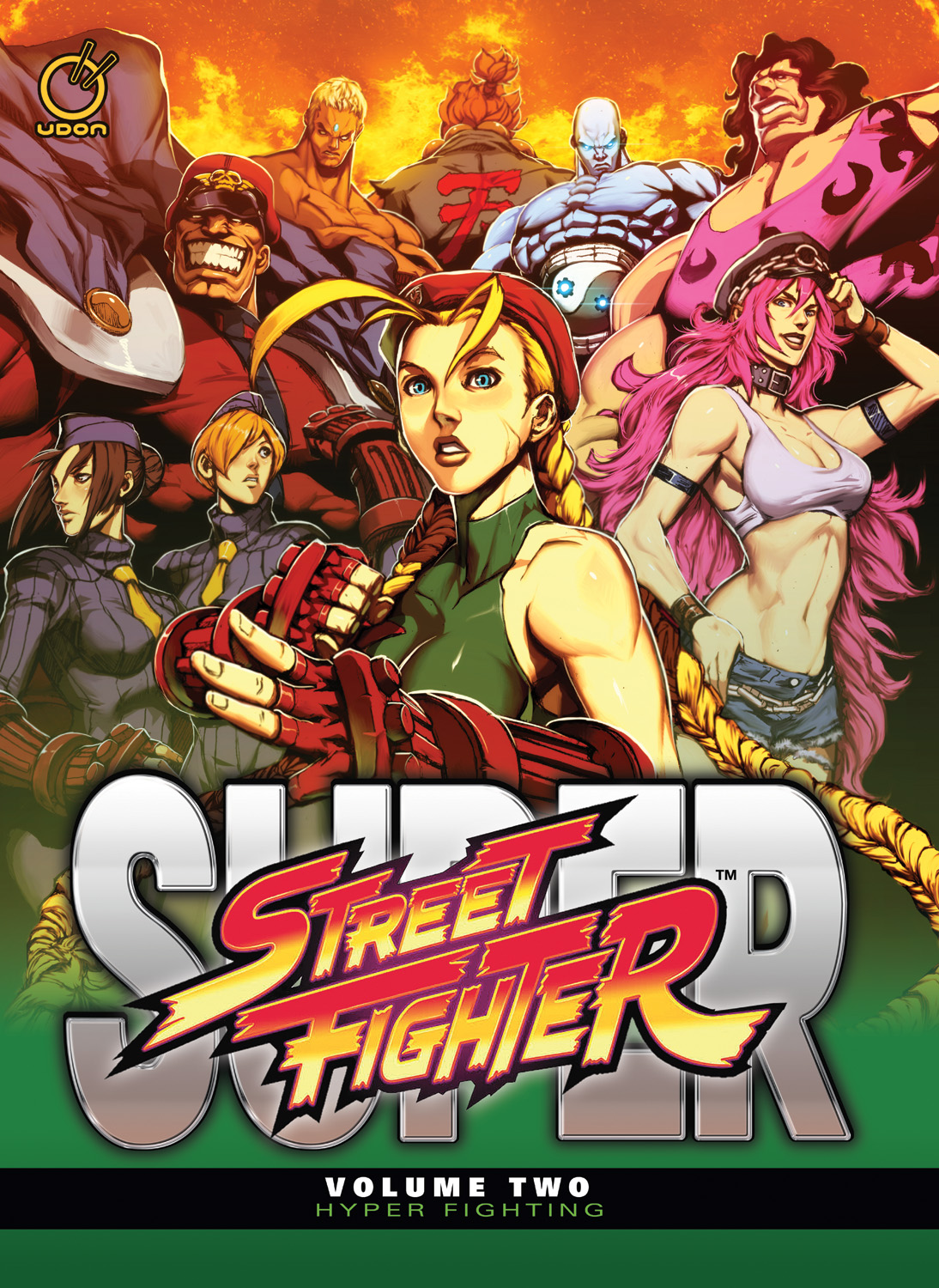